“Nothing is more dangerous than an idea…. if it’s the only one you’ve got.” 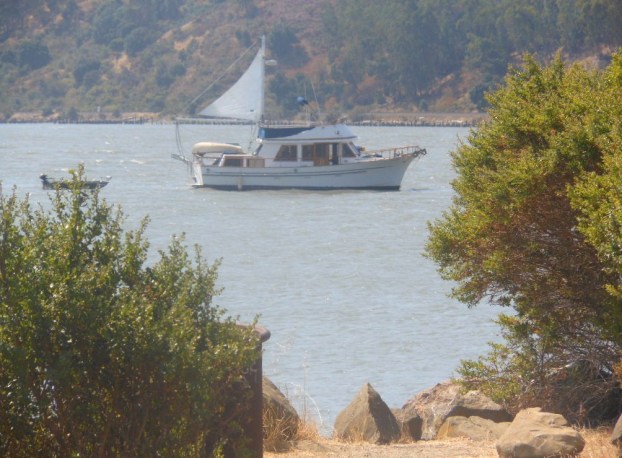 West by west, against the tide…

Good morning…. Welcome to ECR, and, the creation of today’s Pearl…. Bolstered as we are by the boon of an appreciable period of time in the arms of Morpheus, big plans have been formulated, none of which, naturally, will ever see the light of day. We’re up, though, and reasonably well-rested, having had almost enough sleep to require TWO hands on which to count the hours…. Almost….

It will have to do, though, and, we are grateful for what we were blessed to receive…. Hell, it only took three hours of chewing, swallowing, pacing, and twitching, along with about $200 worth of marginally illegal drugs to get it, but, hey, who’s counting, right? Not us…. Just kidding, of course; we’d never consider using illegal drugs for anything….. Well, anything other than emergency backup, anyway. One can never be sure one is getting what is promised on the street…. Of course, the very same can be said of what we get from pharmaceutical companies, can’t it? I don’t think I trust their good intentions any more than I do my local street dealer…. At least I know where to find him if I have an issue….

Too snarky? No? Good. We wouldn’t want to get stuck in snarky-mode this early, though, it’s not a bad idea sometimes. A bit of erudite caricature, combined with some snide realism, can make for a funny segment…. But, since we’re already dealing with being stuck in the royal “we”, perhaps we’ll not go into any of that…. Obviously, we are already confused. We have no clue why we are stuck here, but, we’re doing as well as we can…. Perhaps if,…. No, better not. Never mind.

Clearly, the process of putting together a fresh Pearl is going to be a bit of a struggle, given the apparent handicaps under which we are obviously operating…. A mind too clear, a perceptive-mode tilted about 20º off plumb, and, a daunting view of vast vistas of blank white space, may just be more than we are prepared to cope with; we can do no less than try our best, though, for it is our chosen duty…. SIGH….

That being the case, perhaps we’d best be on our way…. Luigi, if you please…. You know what to do….

When the dream came, I held my breath with my eyes closed.
I went insane, like a smoke ring day when the wind blows. 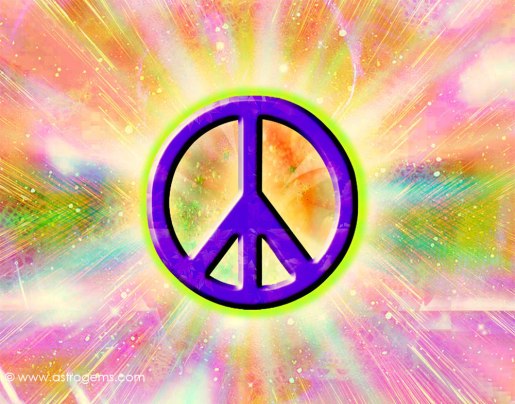 One of the very first videos I chose to post here, once I figured out how to do it on WP, is/was this one. It is also one of the best concerts, ever, in my opinion, offering a joyous blend of music from East and West, with some of the finest musicians alive, playing their hearts out in memory of one of their friends…. I hope you enjoy it as much as I do….. 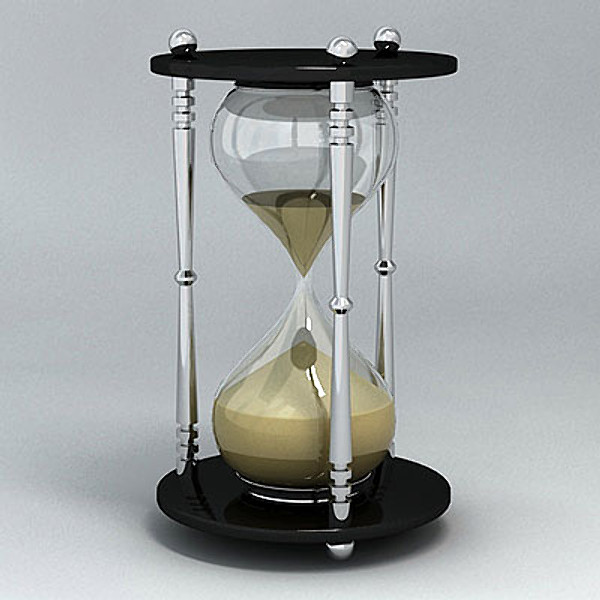 Before beginning this blog on WordPress, in August of 2011, I wrote for a site called GoodBlogs. The rant below is one I wrote for them; technically it’s theirs, but, I wrote it, so I figure I can use it when I want, law be damned. I’m an American, and, damn it, I can make decisions according to selfish expediency if I want; everyone else does it, because it’s been a valid excuse for humans since cave days…. Besides, I’m lazy, and didn’t feel like ranting today…. Enjoy, it’s a precursor of a lot of what I’ve written here on WP…. sort of an embryo rant, so to speak….

“It’s said that ‘power corrupts’, but, actually, it’s more true to say power attracts the corruptible. The sane are usually attracted by other things than power. When they do act, they think of it as service, which has limits. The tyrant, though, seeks mastery, for which he is insatiable, implacable.” — David Brin, The Postman

Is it just me, or does anyone else out there feel this country is being hijacked toward a future we never contemplated, one in which we have increasingly fewer and fewer rights? Since the advent of the Patriot Act back in 2001, we, the American people, have had a significant percentage of our liberties curtailed by the backlash of fear that gripped the country at that time. Without a whimper or any sound of protest, we have allowed the government to abrogate several of the freedoms that the founding fathers attempted to secure for us, including rights guaranteed to us by the Constitution. Ironically, it is purportedly done all in the name of “homeland security”.  I thought “homeland security” was guaranteed for us by the Bill of Rights, which gave us the right bear arms. A 12-gauge over-and-under Winchester is all the “homeland security” I need.

Now, I know some folks will ask, “well, but what about terrorists?” My answer would be, one can only be terrorized if they give control over their emotions to someone else.  When I first heard about the attacks taking place on 9/11, I too felt a moment of fear, along with the anguish and sadness that came with the reports of casualties. But fear passes, always, whereupon, reflection allowed my reason to re-assert control. When we allow our fears to dictate our actions, we are acting out of weakness, not strength. Acting out of fear can only exacerbate what is already an unstable situation.

In my estimation, this loss of liberties can, unfortunately, be laid right in our own laps. The American public, over the last century, and into this one, has consistently voted for people (men and women) who lie to us without remorse. Every president we’ve had since 1950 has lied to the American public; this is a documented fact, not a supposition. Eisenhower, Kennedy, Nixon, Johnson, Reagan, Clinton, Bush I, Bush II, Obama; all of them have been caught in lies, reported in the news (you’ll note Mr. Carter was not included; he may be the best man we’ve ever had in that position. It’s too bad that the rest of our government was made to look bad in comparison; his integrity was unforgivable to them, so, naturally, they sabotaged all his attempts at reform). Not one of them has ever admitted to these lies, though there is ample documented proof of them.

As long as the American public refuses to admit their own complicity in re-electing all these “tyrants” (see quote, above), then we will continue to have to combat further degradation of our rights, because the way the politicians see it, they can continue doing exactly as they wish, because nobody is ever going to take them to task for it.

We need to stop electing people who want the job. They want the job because they know it gives them free license to steal from the American public, which is not a bad gig, if you can get it. I can’t see how we can keep our freedom, when we keep electing people who want to take it away. Think about it! Is it sane to want such power over others? No, it is not. It is insane, and insane people should not be allowed to control our destiny.

“No man who needs a monument ever ought to have one.”

End of rant…..thanks for listening….. 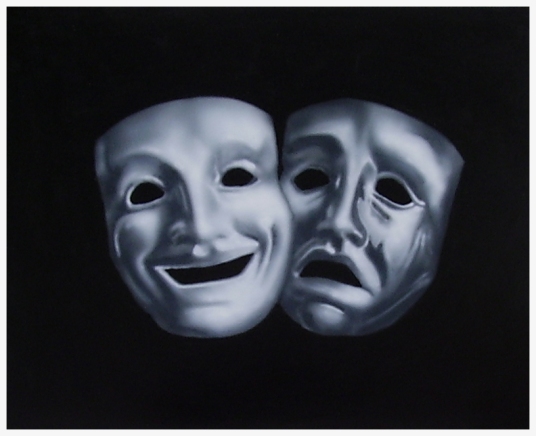 In keeping with the theme as presented in the ranting section, here’s a poem I wrote in January of this year, in much the same/sane vein….

Stupidity ’tis said, is a risky choice;
the price is always the same.
Reality has no pity, no warning ever voiced,
only a gravestone, carved with, our name.
,
~~ gigoid ~~ 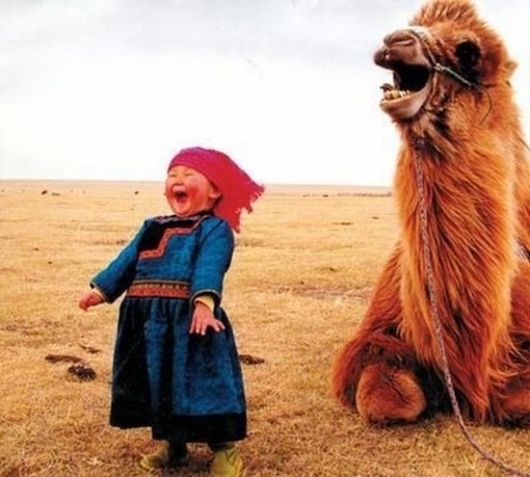 Today’s final pearl promises to be a bit strange… If you’ve been around here for long, you’ll know, that’s saying something….. When I sat down to begin searching for pearls, I left it open, allowing SB to set the pace…. The very first pearl shown was this:

Well!…. You can see I why I was initially taken aback…. But, then I decided to let SB have its head for once, so, what we get is what we get…. Let’s see how it goes, shall we?…

“Awright, which one of you hid my PENIS ENVY?” — Zippy the Pinhead

“Bow to no patron’s insolence. Rely on no frail hopes; in freedom live and die.” — Seneca

“It is ridiculous to lay the blame of our wrong actions upon external causes, rather than on the facility with which we ourselves are caught by such causes.” — Aristotle

“Time carves all. Let yourself be carved to attain your true nature.” — Master Po

“Life is not separate from death. It only looks that way.” — Native American Proverb (Blackfoot)

“What you see is from outside yourself, and may come, or not, but is beyond your control.  But your fear is yours, and yours alone, like your voice, or your fingers, or your memory, and therefore yours to control.  If you feel powerless over your fear, you have not yet admitted that it is yours, to do with as you will.” — Marion Zimmer Bradley, “Stormqueen”

“He sleeps well who knows not that he sleeps ill.” — Publius Syrus — Maxim 77

“All things considered, insanity may be the only reasonable alternative.” — Smart Bee

I’m not going to comment on how it turned out. I will say, we’ll think twice about doing this again….

As suspected, it came out with a few wrinkles; I don’t believe any of them will detract from the overall view, though, so, we’ll let them be, in the interests of compassion for our still fragile condition…. Let me merely add, DAMN!…. I’m sure glad that’s done! I think I may have strained my brain….. Fortunately, I have a full 24 hours to recover, before starting this process all over again…. And people say I’m not consistent!….

See y’all tomorrow, ffolkes. There doesn’t seem to be anything logical, rational, or compellingly threatening enough to stop me, so…. what the hell? Why not?….. Ta, then…. Oh, and, remember to be excellent to each other…. 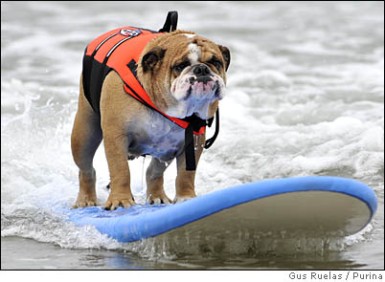