“I confess myself the greatest coward in the world,

for I dare not do an ill thing.”

A Storm on the Horizon

Hajime…. For any Gentle Readers who are wondering why I’m continuing to use the Japanese opening for today’s Pearl, well, I’ll tell ya…. It’s like this: As I write this, it isn’t morning. It isn’t even evening, really, as it will be, in a short time, what is best described by Eric Clapton in his song, “After Midnight”…. That’s pretty clear, right? It’s the fucking middle of the night, again, and, here we sit, me & Leelu, working on a Pearl instead of sleeping, as my body/mind would REALLY like to be doing.

Why I’m up again isn’t important, though it’s probably relevant. But, any sort of discussion would just set me off again, I’d start ranting, and we’d never get out of the intro. So, I’m passing on that, and we’ll go straight to something more fruitful, or, at minimum, less offensive and rude. We do like to avoid rude, whenever possible. Mom wouldn’t like it if we were rude…. We don’t like to disappoint Mom, do we? No, of course not….

The question now, however, becomes once more problematic, as we are proscribed from using the same trick twice. My box of literary tricks is rather empty right now; what with all the recent time spent finding my way back from Hell, I haven’t had a lot of time to read, or study, or, for that matter, think as much as I’d like. Though we are both body and mind in one, the body’s complaints sure seem to take precedence when they occur; this makes it hard to use the mind to balance whatever is happening…. One can persuade one’s self Reality isn’t actually happening for only so long; at that point, Reality switches tools, from a scalpel to a sledge hammer. and has its way, regardless of whether we can fool ourselves, or not….

I’m pretty good at fooling myself, as are most of us human types. This doesn’t mean I like it; I can just accept it…. Now, where were we? And, where were we going? Oh, right, intro. Okay, it looks as if we have enough to satisfy the licensing board, so, why don’t we let Luigi have some more fun, and use the turbo booster? Everybody strapped in? Okay, Luigi, it’s all yours…. (Don’t worry, ffolkes; if we crash, we’ll just switch over to the Tardis, travel back to this instant, & start over….)

“Skeptics laugh in order not to weep.”

Tom Waits ~ Stencil by The MIVC

Image from 8tracks.com via Google Images

Unique. It’s the only word for Tom Waits; his voice, his musical talent, his lyrics, his persona. Another of mankind’s treasures, to my way of thinking. You can decide for yourself…. This was his debut album, released at age 24; on the page listed below, you can find all of the rest of his body of work, with extras…. Enjoy!…. 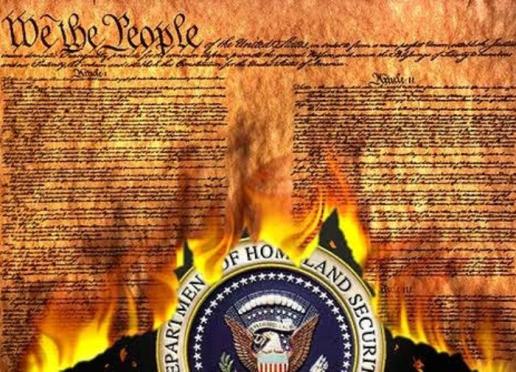 Though I’m afraid he’s right, Mr. Sterling’s assertion does require some definition of terms; “moral relativism” just BEGS to be misinterpreted, in the sense that each person will filter the concept through their own moral viewpoint. So, in order for us to discuss it wit any degree of confidence, I’d best delineate why my own opinion runs, if not parallel, at least in the same quarter of the compass as his statement. Why don’t we do that? I dunno, why not?

Okay. I believe it, moral relativism means exactly what I described above. Each of us has our own moral code (hopefully); we view the world, and its activities, with that code coloring our perceptions. For example, a person who holds the belief they have the duty to help others will view a business transaction entirely differently than one who feels they are entitled to do unto others, first. One will sell their products at a fair price. with service given to each customer. The other will consistently overcharge for cheap products, and act as if they are doing a favor to sell at all.

You see, to me, that’s what moral relativism is; when people make a decision about how to interact with others, for whatever purpose it may be, a certain percentage of our species tends to think it is just fine to rationalize ANY sort of behavior, if it leads to them getting what they want. They can justify lying, stealing, even killing, in the pursuit of their desires, without any compunction, or, really, any thought at all about how others might be affected by their actions. Moreover, many of them are canny, and have learned how to manipulate others of their kind, who have a tendency to be violent, to do their bidding…. They call them ‘police’ these days….

“Our legislators are not sufficiently apprized of the rightful limits of their power; that their true office is to declare and enforce only our natural rights and duties, and to take none of them from us.” — Thomas Jefferson, 1816

As Tom’s observation from the early days of the Union show, the problems we face today have their origins in that very same beginning, as those who serve only themselves worked their lies and manipulations to gain control of government almost before the ink was dry on the Constitution. He recognized in this, and other writings, how the bankers and preachers had conspired, naturally, as is their nature, to pervert the legislators from day one of the first Congress, lobbying to have their own wishes made law….

And they’ve done it. Our world today is under attack by large corporations, and their owners, who number far fewer than many might believe. They wish to control everyone’s habits, and finances, and health, and every other aspect they can seize. They have made sure the laws favor them over any other member of society, and now have almost free rein to attempt to order everyone’s lives, so we all live in the same houses, watch the same TV shows, eat the same poisonous foods, go to the same doctors who feed us more poisons, then send us to church on Sunday to celebrate our slavery, by worshiping a delusion who promises us our next incarnation will be better.

Bah, humbug! Not for me, thanks…. I’ll take it the same way it’s laid out in the Constitution of this nation, as written. Period.

gigoid, the dubious, has spoken.

~~ Declaration of Independence of the United States of America ~~

For some reason, this one, though recently created, seems to fit in with today’s rant; since I can do what I want, here ’tis….

Wicked, angry, red scenes of imminent demise
haunt my dreams each night.
Fearful visions of destructive surprise
leave me sweating in terror, as well they might.

Free men will not be controlled, ’tis said;
No coercion, no illusion can cloud their sight.
No threats, no pain, no fear they dread;
their only duty to keep to the right.

Dreams are mere reflections of our inner fears,
whispering, close against doors shut fast.
Mocking our mostly  irrelevant tears,
clearly marking the future as our sordid past.

What follows is what I would call a true pearl of virtual wisdom; in fact, in this case, it approaches the real thing. Most of it will definitely be on the Quiz, so, if I were y’all, I’d take notes, at least…..

“Reality is a group hunch.”

~~ Ralph Waldo Emerson ~~
———-
“Truth never tranquilizes.
The defining property of truth is its ability to disturb.”

~~ Erich Fromm ~~
———-
“When someone loves you for a long time,
really loves you, then you become Real.
Generally, by the time you are Real,
most of your hair has been loved off,
your eyes drop out,
but this doesn’t matter . . .
when you are Real you can’t be ugly.”

~~ The Velveteen Rabbit ~~
———-
“Do not go gentle into that good night
Old age should burn and rave at close of day;
Rage, rage against the dying of the light.”

Some of you may have noted, or, not, I failed to actually tell y’all why I used the opening word; it shows how easily we humans can be distracted by them, adding more evidence to yesterday’s discussion of Socrates thought on the use of language, and how it can be evil when used improperly. Which is, again, a digression. Each Pearl you’ve seen, and continue to see, has been a fight to produce; I’m in sad shape, in a lot of ways, and the mere fact it’s getting posted at all is a victory, in a way. It means I survived another fight, which, at times, is the only possible way to win at all.

Since it’s been such a daily fight, we begin as every Judo, Karate, and Japanese martial art of any sort begins a match…. The irony, of course, is we are done now,  but, it does mean I’ve survived this far, at least. Now I post, then, begin the fight to survive to do it again tomorrow…. Considering my record so far, the odds look good again…

4 thoughts on “Chicken bones for dessert….”