“All men are created unequal.”

Elder Trees at the Temple of Angkor Wat

Good morning…. Boldly, he sat to begin, in spite of knowing full well the futility of even trying on such a day. Truly, his will is strong, if misguided, if he believes he can pull this off; only such loyalty to purpose could even give such hope. Yet, there is a certain poignancy to consistent failure; mankind has always liked a sad story. Perhaps, if he ever has time, he’ll think about that….

Morning, ffolkes…. I think I’ve gotten whatever that was out of my system. I’m not really sure where it actually came from, and I can’t recall ever falling into that particular mode of expression, speaking in the fourth person, so to speak, talking about myself as if I were watching from a distance. Oh, well, it must have something to do with the 57 minutes of staring at the screen I did while cudgeling my brain to come up with today’s title…. and, look at the poor thing! Pathetic!….

Oh, well. It’s probably a good thing I got up early; it gives me more time to clean up the crap that spills. It is also a good thing nobody’s paying me to do this, or I’d feel really bad about the quality of my work. But, I put my time in on the financial wheel of karma, so, it’s my turn to coast a bit. My dad would FLIP if he thought I was getting paid for any of this!….

But, enough about me; let’s go find some pearls, before this gets any further from reality. I’m already into territory I’m not sure I could find my way out of….

“The superior man is the providence of the inferior. He is eyes for the blind, strength for the weak, and a shield for the defenseless. He stands erect by bending above the fallen. He rises by lifting others.” — Robert Green Ingersoll

My brain is rather uncooperative today; it’s probably pretty obvious by now. Almost an hour to come up with a title, and, far too long for a weak intro…. Now, I cannot seem to even decide what kind of music to listen to…. At this point, it becomes clear there’s only one thing to do, which is to say, “Fuck it”, and go with our default. Here is about an hour and a half of somebody’s idea of the best classical music. If I can’t pull it together in that amount of time, it’s hopeless…. In any case, I hope you enjoy it…. I picked it solely for the picture it showed on the page….

Today’s ranting section will consist primarily of homework…. Yes, I know, I’m not your teacher, unless, of course, you wish me to be. However, it never hurts to learn. Period. So, here is some pretty good material that was sent to me by an anonymous commenter named ‘anders’. I checked out the three links he/she/it sent, and found them to be quite interesting.

The document on Natural Law is quite good; the other I have yet to finish, but, makes a lot of sense so far. The others were found at Tales From The Conspiratum, where an article from Jon Rappaport was reblogged; he’s an author and frequent contributor to Natural News, Waking Times, Think Progress, and a number of other alternative-to-MSM news sites…. All good stuff, in no particular order…. We’ll follow it up at the end with an old-school pearl, taking some shots at the Asininnies (who else?….)

Hereinafter is set forth the aforementioned old-school pearl;

Pay no heed, at your peril….

“I love this nation, but we have some of the stupidest people here. — Smart Bee

(For any visiting folks, or  Gentle Readers who may be irony-challenged, that’s irony…. Think about it a minute….)

“Thank goodness modern convenience is a thing of the remote future.” — Pogo, by Walt Kelly

“As with the Christian religion, the worst advertisement for Socialism is its adherents.” — George Orwell (The Road to Wigan Pier 1937)

“A man parks his car in front of the main entrance of the Congress. Immediately, a member of the security team goes after him yelling: “Sir! Sir! You cannot park in here!  All the congressmen are about to go out!” The man replies, “Don’t worry.  I have a good alarm in my car.” — Smarmy Bee

“In fact, one thing that I have noticed . . . is that all of these conspiracy theories depend on the perpetrators being endlessly clever.  I think you’ll find the facts also work if you assume everyone is endlessly stupid.” — Brian E. Moore

“How should one deal with a man who is convinced that he is acting according to God’s will, and who therefore believes that he is doing you a favour by stabbing you in the back?” — Voltaire

“Is it legal to advocate the long overdue overthrow of a corrupt govt.?”” — Smart Bee

“The world is divided into people who think they are right.” — Bumpersticker

“Those who cling to the untrue doctrine that violence never settles anything would be advised to conjure up the ghosts of Napoleon Bonaparte and of the Duke of Wellington and let them debate it.  The ghost of Hitler could referee, and the jury might well be the Dodo, the Great Auk, and the Passenger Pigeon.  Violence, naked force, has settled more issues in history than has any other factor, and the contrary opinion is wishful thinking at its worst.  Nations and peoples who forget this basic truth have always paid for it with their lives and freedoms.” — R.A. Heinlein

“Nationalism is an infantile sickness.  It is the measles of the human race.” — Albert Einstein

Hmm…. Apparently, this could go on forever. There are already thirteen, and SB is still running hot; I was, and remain, not entirely sure about going on to #13; last time I did that, the Space/Time Continuum sent me a memo to stop fooling around…. We’ll stop there, thus showing both the compassionate side of our nature, and the common sense to stay in the good graces of the S/T Con, certainly an entity/iconic force of Nature, with whom it probably isn’t wise to mess…. 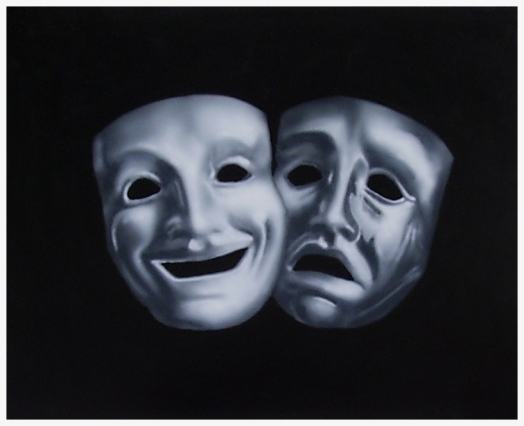 Around this time last year, I was having a lot of pain; this is a poem I wrote at the time…. I hope you enjoy it, it’s pretty honest…

Don’t worry,
it’s not
me
you hear
screaming.

It is
only
my bones,
giving in,
to
cowardly,
pathologically,
repetitive,
fucking,’
complaints
of
past abuse,
and
all the fun
we had.
playing,
hard.

I don’t mind
too much;
I can spend my
TIME
in another space
in my head,
pretending
my bones
don’t
exist….

It
is,
indeed,
a shame
they
always
come
back….

He is?
Then,
I don’t fucking care
who
doesn’t like it,

He
is
a bully,
a coward,
a hypocrite,
and,
truly,
an enormous asshole.

I suppose,
God
is
what comes,
to,
and
from,
People,

they
feel
a need,
for
someone
to
blame,
for
a
Universe
they
cannot
understand
or
accept.

I
will
take the complaints.

After all,
they
are
my bones.

The icon should give y’all a clue this pearl is a little different. It kind of got away from me, as I tried to put two pearls together in one session with Smart Bee. (It seemed to be in an extraordinarily good mood, giving out lots of good stuff, so, I pushed the envelope a bit….) It worked out fairly well, but, I’m not exactly sure if it’s completely sane. It is, however, all good advice on how to live, even if a bit skewed at points here and there, so, you might want to take notes…. No telling if any of it will be on the Quiz….

“Nothing in excess — including moderation.” — Smart Bee

“In the midst of winter I finally learned that there was in me an invincible summer.” — Albert Camus

14. “Wipe thine ass with what is written and grin like a ninny at what is Spoken. Take thine refuge with thine wine in the Nothing behind Everything, as you hurry along the Path.” — THE PURPLE SAGE, HBT; The Book of Predictions, Chap. 19

“Reality is a cliche from which we escape by metaphor.” — Wallace Stevens

“A man is not aware of his virtues (if any). Nevertheless, one hopes that they exist.” — Edward Abbey

“The present is the only thing that has no end. — Erwin Schrödinger

“No matter how often you’re scolded, don’t buy into the guilt thing and pout… run right back and make friends.” — Things We Can Learn From Dogs

“All people smile in the same language.” — Smart Bee

How this one got done will probably forever remain a mystery; nor is it one I’d care to investigate. It’s done, and, right now, that’s the best I can say of it; I’ll make no claims to quality today. In fact, it would probably be best to just take my leave, before this gets to a point where I’ll have to end up making some sort of apology…. See y’all tomorrow, ffolkes; this time, I may need to find a good reason to do so…. Nah, no worries, I’ll be back…. Ooh, too Arnoldy?…. Ah, well, see ya…. 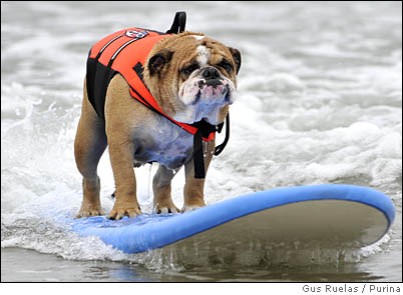