I slept and drempt that life was joy.

I awoke and saw that life was duty.

I acted and beheld that duty was joy. 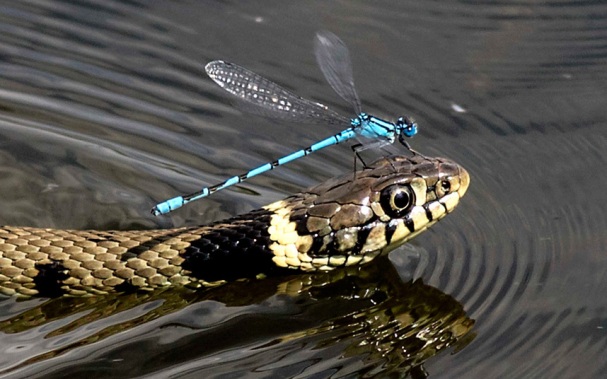 Take me to your leader, and don’t try anything funny!

Good morning…. Before we actually begin today, I should relate a small but relatively important piece of new information about these Pearls in general, and, more specifically, about individual pearls, and their attribution. As I’ve shared previously, (though not recently; hence this housekeeping event…), when Smart Bee gives me an aphorism/quote/statement without attribution, I try to take time to plug it into Google, which usually can identify it. When it can’t, and I can’t figure out any other way to find out, I just give Smart Bee the attribution, and let it go at that.

From today on, whenever I feel like it, in such cases where the final attribution for any quote is to go to SB, I may, or may not, provide a short, pithy comment on the pearl itself, in the format of an addition/change to the usual form, e.g., Very Smart Bee, or, Sarcastic Bee, etc. It’s just another little way I can let off a bit of steam, which is part of the cathartic effect of the blogging process…. for me. I know for sure there are others who use this process to maintain their sanity, so, I’m not alone in that; hopefully, this little addition will help smooth it out for me, and, in the process, give y’all a chuckle or two…

So be it. gigoid has spoken. We now return you to your regularly scheduled intro, as this portion was pre-recorded for my convenience, then, locked in the Tardis until time to paste in here…. Slick, eh? Okay, here’s your intro….

Gotcha! Okay, Luigi, I think they’re sufficiently stunned; let’s hit it…. Oh, y’all might want to hold on to something, no matter how apt what George says below may, or may not be; bumpy is too mild a word when Luigi’s on a roll….

“The power to stand alone is worth acquiring at the expense of much sorrowful solitude.” — George Bernard Shaw

In today’s video/music/entertainment section, we are going to listen to some more of my default choice, i.e., classical music. As a bonus, just below this paragraph, you will find an extra link. This link will take you to the home page of the SF Bay Area’s classical music radio station, KDFC. On their home page, you will find a button that says, “Listen Live”; click the button, to be connected to the streaming channel for KDFC, where you can listen to one of the finest selections of music ever compiled.

Though fully listener-supported, they stream their programs for free; on the home page you can also connect to listen to archived recorded music of various Bay Area events, such as the SF Symphony, every Wednesday evening, and other recordings…. And, you can listen to this fine selection ANYWHERE IN THE WORLD!….. FOR FREE!….

“All paid jobs absorb and degrade the mind.”

I’ve always felt a kinship to Aristotle; everything I’ve read attributed to him, and everything I’ve read about him, makes obvious his genius, not only for its depth of wisdom and rationality, but, for its simplicity, and, most importantly, its connection to what is human. This statement exhibits all those qualities, even though merely a general statement of truth as it applies to human nature.

Examining it for the depth of meaning implied by its simplicity explains a lot, about why the world we live in today has become such a burden to the common man, as society sinks ever further into the naturally occurring chaos which is the only possible outcome of such an unbalanced approach to society. The continuing repression of the masses of humanity by the oligarchy can never lead to any sort of harmonious existence for all; there will always be resentment for the all-too-apparent inequality of privilege, heavily in favor the few, over the many.

Trust Aristotle to put his finger on the core problem; humans are so constructed they cannot seem to handle the acquisition of power over others without losing their sense of morality, choosing every time to act in their own self-interest over that of others, regardless of the consequences for those others. They become so focused on the money and power, and their own desires, nothing else matters to them; not ethics, not morals, and certainly not the welfare of other people. One might think there would at least ONE historical report, which describes another outcome, but, I defy anyone to show me any, anywhere in the recorded history of mankind, from the days of ancient Greece, right up to the present, when society did not eventually fall prey to the same inner corruption we see today.

I’ve issued this challenge previously, and never received a single response; I suspect this is because there IS no adequate response (The more realistic side of me says it’s probably because not very many people see these pearls… but, the argument remains the same.). Any such period of time showing any truly ethical form of government was short-lived, as the oligarchy, in every case, has, over time, used their hidden resources to buy treachery, and to manipulate events to suit themselves…. a process at which they have become VERY adept.

Today’s world, with its new technology, threatens to turn our world into a truly dystopian nightmare, with less than .00001% of the people in the world oppressing the remaining seven billion, enforced by their typical violent means, with the added enhancement of computers and robots to assist them in their aim, which, put simply, is nothing less than to enslave the rest of the human race for their own benefit.

Once again, it seems I could rant forever; it also seems, sometimes, as if I already have. So, I’m mostly done, at least for today….. Here are three quick pearls, to give my opinion on the government we have today, then a short finishing blurb…. These 3 are pretty sharp, and pretty clear; no two-by-four needed….

“All forms of government are pernicious, including good government.” — Edward Abbey

“Love of money is the root of all Politicians.” — Obvious Bee

Laws are only words words written on paper, words that change on society’s whim and are interpreted differently daily by politicians, lawyers, judges, and policemen. Anyone who believes that all laws should always be obeyed would have made a fine slave catcher. Anyone who believes that all laws are applied equally, despite race, religion, or economic status, is a fool.” — John J. Miller, And Hope to Die — (in _Jokertown Shuffle – Wild Cards IX_)

I really think it is time for the people of the world to become aware of how ubiquitously they are being lied to, and, how they are enslaved, with their own tacit, ignorant agreement. When that time comes, when people finally realize their true state, it won’t matter how much control the oligarchs THINK they have. What do you think will happen to the predators of mankind when their prey, all 6+ BILLION of them, all get angry at once?… It wouldn’t be particularly hard to get the message across, as most people have heard the story, if only in music…. such as this, from the English speaking world… (I imagine it would translate well; most music is flexible enough to transcend mere language….)

And the sentence you’re paying is too high priced
While you’re living beyond all your means
And the man in the suit has just bought a new car
From the profit he’s made on your dreams
~~ Traffic, “The Low Spark of High-Heeled Boys” ~~

No amount of technology, no degree of control would be sufficient to protect them, for when all of mankind realizes the truth, the following would become even more relevant, on a scale unheard of in history….

“Beware of that person who is slow to anger. For when it is long in coming, it stays longer and is warmer and dies not so easily. Abused patience is a very strong fuel for a fire not easily put out by any known means.” — Ancient Smart Bee

Hey, it’s a nice dream, isn’t it? Now I just need to write the song…. You Tube can take care of getting it out to most of mankind….

Dreaming, I wait….
In the most patient moments of rationality
kindness flows smoothly in a special milieu,
fallow thoughts speed first from equality
to give no anxious fever, anger to eschew. Indignant mothers and step-sons in-law
shall fade simply from brilliant to grey,
intoning ritual dogma, fresh, avid, and raw,
falling, falling, in massive pastoral disarray. Safety lives not, save brightly in ignorant bliss,
it follows us all, silent and infinitely frail,
foremost too often, soft as a virgin kiss,
alive, always eager, willing, and pale. Intimate knowledge finds only the bold few
with courage and virtue to gift, unbidden.
No solemn royal version may pass in review,
true love for man, never to remain unhidden. Sweet feathers of Emily’s hope uplift,
calm, drowsy episodes bursting with light,
With final glad cries we set ourselves adrift,
swimming in the oceans of natural delight. When sorrow is banished, in ages yet to come,
roots solidly anchored, cold and remote,
Ample supplies of kindness sit silent and dumb,
and the old stranger shrugs on his faded coat. Dreaming, then, I wait with shadows in the night
aspiring to inspire, a message from the muse’s heart
Never forgotten images, framed in color bright,
tempt me only, grieving, steeped in serenity’s arcane art.
~~ gigoid ~~ 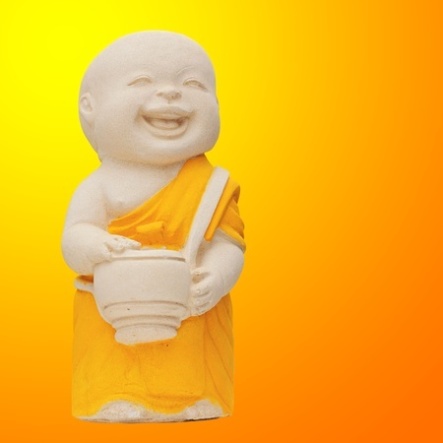 Here’s a nice little nine-star pearl, with some good stuff to say about life, and the advantages of at least pretending to use one’s mind to live it…. sort of. You’ll see….

” Nothing is at last sacred but the integrity of your own mind.” — Ralph Waldo Emerson

“The eyes are not responsible when the mind does the seeing.” — Publius Syrus

“But the only way of discovering the limits of the possible is to venture a little way past them into the impossible.” — Arthur C. Clarke (1917-) — Profiles of the Future (1962; rev. 1973) — “Hazards of Prophecy: The Failure of Imagination”

“The universe is not indifferent to intelligence, it is actively hostile to it.” — Realistic Bee

“A belief is not true because it is useful.” — Henri Frederic Amiel

“Every one is bound to bear patiently the results of his own example.” — Phaedrus — Book i, Fable 26, 12

“Do you know that disease and death must needs overtake us, no matter what we are doing?   What do you wish to be doing when it overtakes you? If you have anything better to be doing when you are so overtaken, get to work on that.” — Epictetus

“And forget not that the earth delights to feel your bare feet and the winds long to play with your hair.” — Kahlil Gibran, The Prophet

Well, ffolkes, I’ve been over it twice, or three times now; I can’t find anything I missed. I guess it’s done. Damn good thing, too, as I’ve been done for some time. I hope none of what occurred after that point gets me in any deeper than I am already. Time will tell; it always does. It never can keep its mouth shut. Today, I just hope it can do so until I’ve safely donned my protective armor. See y’all tomorrow, ffolkes, ambush, or no ambush….