“Live a life worthy of the things that will be said of you when you’re dead.”

Good morning…. Life can sure bring us new challenges…. Has anyone else noted how little we generally expect them when they come? It’s always a surprise, even though the same sort of events have occurred many times throughout our lives. I suppose it’s the same sort of amnesia women get after childbirth, that allows them to make love again, knowing the risks…. That’s a joke, by the way. I suppose it might not have fallen so flat were it more of a logical progression, rather than the usual male short-sightedness…. Ah, well, chalk it up to a routine shot to shit….

This morning, that routine has centered around a small extortionist, who insists this time of day is when I should pay attention to HER, not the computer. When I sat down to begin today, LeeLoo came over to the computer & sat directly on the keyboard, staring at me as if to say, “Well? What about ME?”…. She refused to be distracted, & I ended up sitting with her in my arms, purring, while I thought of all the time I was wasting….. until I fell back asleep…. SIGH…. Bloody little tyrant, she is…

I suppose this means this intro section will be turning into a morning report on cat antics, as I can see this is to become the new routine, with me attempting to furnish the cat with activities to distract her from the computer, so I can rush to put out the morning Pearl, in the MORNING! It promises to be a series of Keystone Kops episodes, to be sure…. For today, we’ll call this an intro, even though it barely makes the grade. Luigi is here, though, and we’re all set to go, so, let’s get it done, while LeeLo is buy tearing up the magazine I gave her….

“The apple cannot be stuck back on The Tree of Knowledge; once we begin to see, we are doomed and challenged to seek the strength to see more, not less.” — Arthur Miller

This is the goal.

In keeping with the theme as described in the introductory section, here is some music designed to help our furry friends find some peace, for long enough to give us some respite…. Enjoy! As I sincerely hope LeeLoo does…. 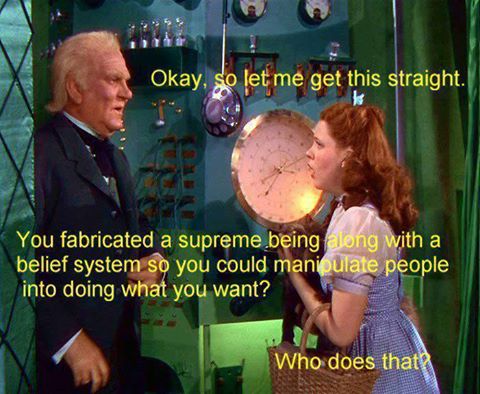 “History does not record anywhere at any time a religion that has any rational basis. Religion is a crutch for people not strong enough to stand up to the unknown without help. But, like dandruff, most people do have a religion and spend time and money on it and seem to derive considerable pleasure from fiddling with it.” — Robert Heinlein, Time Enough for Love (1972)

I’m really late; I had intended to give myself enough time to write about religion today, as I found the above meme on a friend’s site, and found the perfect quote to go with it…. But, I’m too late, and, now, too tired to get it done, so, I’ll do what I always do in such cases; cheat. Here’s a religirant from the archives…. I’ve done quite a few of them, so, it doesn’t take long to find an appropriate entry…. Enjoy!….

“A thing is not proved because no one has ever questioned it…Skepticism is the first step towards truth.” — Smart Bee

As I was cruising through Smart Bee this morning, looking for inspiration for section 3, I came across this little gem, unattributed. It sounds like it could have come from a number of different philosophers, all of whom are noted for their wisdom and perspicacity (another great word….). It is also a part of the human flaw that has contributed to many of the problems we face as a society, and as a species.

Actually, it might be more accurate to say that the lack of this in humans is part of the flaw; most people one talks to would not agree with this idea, as stated. In fact, it is directly opposed to the educational premises of many cultures, especially those heavily influenced by religions, such as those in Mexico, Central and South America, where Catholicism is a powerful factor in society, and in the governing of that society. India, and much of the Eastern Hemisphere, too, have societies that are heavily influenced by religion, though with more participant sects than is true in the Western Hemisphere; Hinduism, Buddhism, Shinto, to name a few, are always a contributing factor in the political events that have shaped history.

“The common dogma [of fundamentalists] is fear of modern knowledge, inability to cope with the fast change in a scientific-technological society, and the real breakdown in apparent moral order in recent years That is why hate is the major fuel, fear is the cement of the movement, and superstitious ignorance is the best defence against the dangerous new knowledge. When you bring up arguments that cast serious doubts on their cherished beliefs you are not simply making a rhetorical point, you are threatening their whole Universe and their immortality. That provokes anger and quite frequently violence.” — G Gaia

As a result of this influence, many people tend to reject skepticism, as it doesn’t fit in with what they have been taught, which is to never question anything told to them by persons in positions of authority. Churches tend to encourage this sort of attitude, as their outrageous claims of divinity, and supernatural events performed by their deities, do not stand up well to scrutiny by an objective eye. The leaders of the churches thus play right into the hands of the Beloved Ruling Class, as they counsel their flocks to obey worldly, temporal authority as readily as they are conditioned to obey the secular variety…..

“I just stepped on a factoid!” – Zippy the Pinhead

Thankfully, not all of humanity is defenseless against this sort of conditioning. There are many ffolkes out there who don’t buy into the sort of psychological blackmail being promulgated by the preachers, priests, imams, and shamans of all shapes and sizes around the world, and a large number of them seem to end up blogging, right here on WordPress…. So, I end up preaching to the choir pretty often. But, that’s okay, too, because I know that occasionally, one of those folks who do believe in what they are told, without any questions or doubts, will read this, and, if nothing else, will think about what I’ve said…. Who knows, maybe I’ll go viral, and the whole world will remember that WE ALL ARE GODS?”…… (Remember?  Axiom # 3…. “Thou art God, you know…. Let’s do lunch….)

“Youth of today!  Join me in a mass rally for traditional mental attitudes!” — Zippy the Pinhead

I suppose that’s a note from my subconscious, to let me know I’ve gone far enough off the rails for now, and should let these good people get on with their lives, rather than wandering around in mine…. Goodness knows where we’ll end up…. So, anyway, just remember to cultivate your sense of doubt, your “crap detector”, as it were, and never, ever take anything “on authority”, without tangible proof…. You’ll find Life to be less confusing that way; certainly, it makes it a lot easier to look yourself in the mirror in the morning…..

“This is patently absurd; but whoever wishes to become a philosopher must learn not to be frightened by absurdities.” — Bertrand Russell

In 2012, I began writing poetry again after a hiatus of almost forty years; this is one of the very first I created after breaking the barrier I’d built between me and that part of my soul…. I hope you like it…. 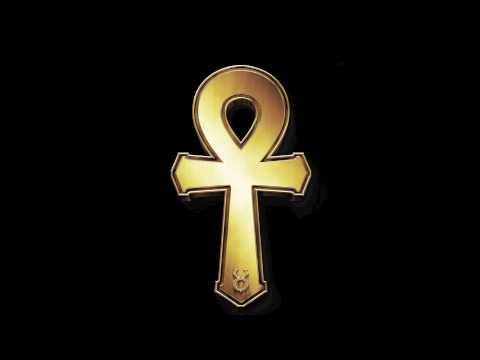 Our final pearl today is a rather standard group of aphorisms on Life at Large…. It’s all good advice, ffolkes, so, pay heed, if you would live your own life well….

“Be virtuous and you will be eccentric.”

“Honor is the reward of virtue.”

“Have the courage to live. Anyone can die.”

“There is only one success — to be able to spend your life in your own way.”

“There is only one universal goal: a gracious death with no regrets.”

“He does not seem to me to be a free man who does not sometimes do nothing.”

“Do not settle for less than the best your own excellence can command.”

Well, it’s done. I’m pretty sure, anyway. I suppose I better check; hang on a moment….

It’s a damn good thing I checked. I had completely forgotten to complete one of the sections! Ah well, chalk that one up to LeeLoo, who picked the moment I found the missing section to knock over my almost full cup of coffee, just to give me something to do, more amusing for her than watching me type. Hilarious…. not.

But, NOW it’s done, and I can try to get it posted before she finds a way to set something on fire…. See y’all tomorrow, ffolkes, as long as the building is intact…. Oh, shit, there goes the corner bookshelf!…. See ya…..

5 thoughts on “Wait, sir! Squeegees are NOT allowed….”