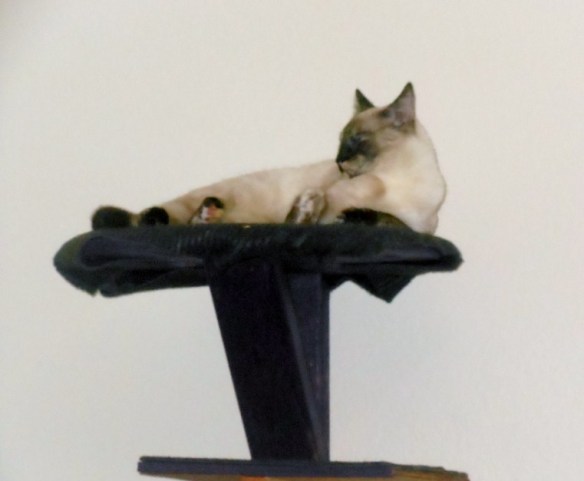 Leelu chilling on her new tower….

Hajime…. It’s going to be a bit choppy today; it can’t be helped. Thanks to weather and age, my sleep has been disrupted of late, and I’m up late again. The discussion I’m working on isn’t quite ready, so we’ll be archive-diving for that. The rest is straightforward, so, no comment necessary or desired. No complaints, either, as my age is nobody’s fault but my own, and, who can dictate the weather? Not me.

All that said to our usual lack of purpose, beyond the obvious, we’ll make this another brief introduction, such as it is, and be on our way to the oyster beds to find our pearls for the day. Y’all can ask for a refund, but, considering the price you pay here, I doubt you’ll ever see it. ‘S okay by me, either way. I just drive the bus….. See y’all down the page, ffolkes….

“Silliness is the last refuge of the doomed.”

Today’s musical selection is somone’s playlist, featuring the 50 pieces they consider the top classical music cuts ever made. You can tell me if they were correct in that assessment. Regardless of whether or not it’s true, you still get to hear some damn fine music….. Enjoy!…. 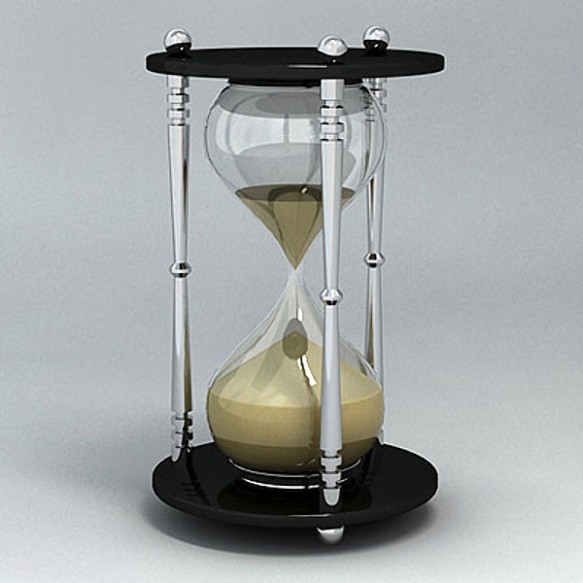 As noted in the intro section, the discussion I’m working on isn’t done yet. To fill in, here is a discussion of the issue of climate change and overpopulation from a few years ago…. Sadly, nothing has changed at all on this front….

“We are going to have to find ways of organizing ourselves cooperatively,sanely, scientifically, harmonically and in regenerative spontaneity with the rest of humanity around the earth…. We are not going to be able to operate our spaceship earth successfully nor for much longer unless we see it as a whole spaceship and our fate as common.” — Buckminster Fuller

Bucky said this some time around 1968 or 69; Google would know….. but I remember it well, as part of the argument that first convinced me of the imminence of the danger from overpopulation, pollution, climate change, and all of the other foolish, self-destructive behaviors in which our specie has engaged for millennia. The cumulative effects of all of these issues is approaching a flash point, a point that, quite possibly, may already have been reached, and passed, without anyone noticing…..

Perhaps the worst example of the entire problem is the movie “An Unpleasant Truth” with former VP Al Gore narrating a summary of these issues, with all the  then currently available evidence, all of which taken together was rather impressive, as well as fairly well unassailably accurate. In other words, it told the exact truth, and clearly…. I call this the worst example because this perfectly told truth of the matter was ridiculed, reviled, and dismissed, by the governments, and the public, one by ignoring it, and the other by refusing to listen, reacting instead to an unfortunate delivery style. Yet, every word Al spoke in this movie is true, and is being proved today, with the already extreme climate changes we are witnessing on a world-wide scale…..

But, the stupids keep on decrying any changes have happened, and blithely ignore the warmer, dryer winters, the cooler, wetter summers, the shrinking polar ice (at BOTH poles!…), the instability in the biosphere, the tons of carbon monoxide and particulates being added into the atmosphere every second, and all of the other evidence that PROVES them wrong. It isn’t a matter of there not being any real evidence, it is a matter of the evidence being ignored, or challenged, that is proving to be the hardest obstacle to be overcome if we are to survive beyond the next 100 years….

Yep, that’s my estimate, based on all the different estimates I’ve read about, the evidence I’ve examined, and my take on how society is dealing with all of it…. I don’t see the changes needed happening, not yet, nor is there much indication that a way to stop the assholes in power from their insane intransigence, and selfish hoarding of resources for their private use. The atmosphere is almost full, and the balance of the gases and elements that make up the air we breathe is, WITHOUT FAIL, going to begin to change, eventually changing into air that will not support our life form, meaning, we won’t be able to breathe it; we will suffocate….. This process, well understood by science, has already begun, and will happen faster with each passing day, once it reaches a certain critical point…. That point, if not already reached, is not far off…..

“Stupidity cannot be cured with money, or through education, or by legislation. Stupidity is not a sin, the victim can’t help being stupid. But stupidity is the only universal capital crime; the sentence is death, there is no appeal, and execution is carried out automatically and without pity.” — Lazarus Long

Now, I know there is hope, and that everyone who reads this will give me positive reasons for that hope…. and I agree with all of them. I don’t want to die, and I don’t want my children, or their children, to have to face the same issues in order to save themselves. I’d much rather just shoot the motherfuckers who are causing all of it right now, and be done with it…. Sadly, that won’t work, so we’ll have to figure out something else to do…. I am not enough of a genius to be able to figure out exactly what that might be, though I have some ideas that would help, I’m sure…. But, I’m not in a position now to have those ideas instituted, so they are moot….

Hope is, therefore, just about ALL I have left…. 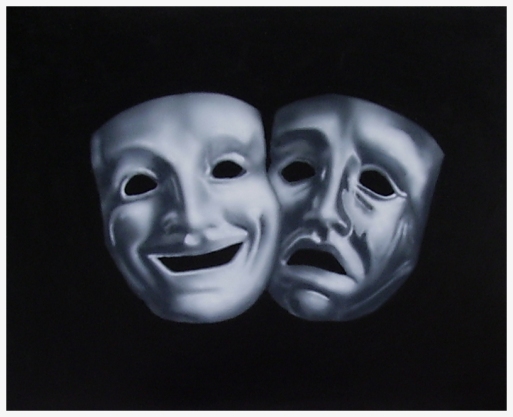 “Jesus loves me, this I know,
For the Bible tells me so…”
I’d be crying a river, I thought
if ever such crap I bought.

Sorry if it hurts your sense of style,
but, hypocrisy always gives me bile.
Being lied to accidentally is okay,
but, deliberate lies make me angry, and fey.

Oh, God, hear what I pray!
Keep me from your followers today.
Having to listen to so much that is wrong
makes me puke, before it makes me strong.

I don’t know why it isn’t clear to other folks,
which is alright, you know, different strokes.
But, why should that mean that they must
force me to believe, or fail in trust?

Spare me the lies, and the make-believe,
fairy tales are easier to hear, and to weave.
They give us a lesson which we can feel
but don’t pretend at all to be real.

Reality can scare us, that’s a given fact,
still, met with care it will leave us mostly intact.
Met without fear, standing tall and alone
Life will allow us to make it our own.

Folly beckons, and so many follow
mass delusions seem to me most hollow.
I’ll have to stick to my own chosen way
while so many go so sadly astray.

It’s lonely at times, it may seem sad,
but really isn’t, and I’m quite glad,
that knowledge is always stronger than fear,
year after year, tear after tear….. 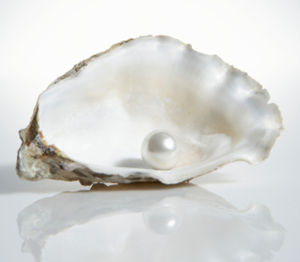 I’ve attempted three times to add more quotes to this pearl, but, SB insists it is complete as it is, for I cannot persuade it to give me any more…. So be it. It thus becomes a classic, seven-star, old-school pearl, with a message that isn’t quite as transparent as it might otherwise be…. It’s usually worth the effort to figure it out, so, we’ll let ‘er fly solo…. Enjoy, ffolkes; this one will stretch the old brain a bit….

“…take your own thoughts seriously, for they will shape you.” — Einstein

“Anybody can become angry — that is easy; but to be angry with the right person, and to the right degree, and at the right time, and for the right purpose, and in the right way — that is not within everybody’s power and is not easy.” — Aristotle

“If a true sense of value is to be yours it must come through service.” — Dr. E. Urner Goodman

“True courage is like a kite; a contrary wind raises it higher.” — Samuel Johnson

“It is not easy to find happiness in ourselves, and it is not possible to find it elsewhere.” — Agnes Repplier

“And now here is my secret, a very simple secret; it is only with the heart that one can see rightly, what is essential is invisible to the eye.” — Antoine de Saint-Exupery

“Go softly, for you tread on my dreams.” — Yeats

‘Tis done, and not too badly, I think. We’ll trust the process, and get it posted, so we can all get on with our day’s events of more import. I will be back tomorrow, hopefully with a fresh rant, and, maybe, a fresh poem. Who can say? Not me, as usual. But, I can say, see y’all tomorrow, ffolkes, without a single doubt in my mind it’s true….. Now, we’ll see if Reality matches my confidence….. 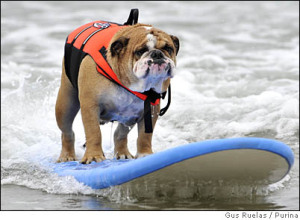 7 thoughts on “Intricate pathways chattered in the lobby….”