“Yow! Did something bad happen or am I in a drive-in movie?”

Hajime…. In spite of the rather excellently nonsensical title for today’s Pearl, I can make no claims to any particular excellence, as it isn’t done yet. However, having, somehow, managed to fall into some pleasant hours of actual sleep, there is hope for, at least, some degree of coherency, if not erudition. Plus, having already used up half of my most elegant vocabulary in this paragraph, the rest may suffer somewhat. So be it, as they say downtown; I’m too happy to care. Sleep is a weapon, and, for the first time in what seems like a decade, I am armed well to start the day.

It’s odd to have such clarity so early, but, let’s see if we can’t take some advantage of it, to make a decent effort at a fine, lustrous Pearl, of great beauty and value. Or, we could fake it, which may happen further down the page, as one can never tell just how cooperative SB will be on any given day, and, we must always be aware of the kind attentions of our old nemesis, one Murphy, the ultimate asshole. Oops, he doesn’t care for that epithet, but, hey, he knows how I feel about him, so, as they say in certain areas of the city, fuck it.

And, we’ll apply that attitude to the intro today, in the interests of getting on with it, since I’m rapidly running out of patter. In fact, I can’t seem to find even a tidbit left in there which might have any useful effect on what is happening. As can be observed, we are rapidly getting close to a point from which extrication may be impossible…. To forgo any possibility of derailing our purpose today, I believe I’ll use this little toy right here, which is, possibly, our most efficient toy. It’s pretty cool, and it works like this….

“Are people more important than the grizzly bear?
Only from the point of view of some people.”~~ Edward Abbey ~~

One might have guessed I’d go with a classical composer today; it’s my default. When I really want to concentrate, and be soothed at the same time, this is usually the composer to whom I turn. One of the most prolific composers of all time, I give you Camille Saint-Saënz, for your listening enjoyment…. 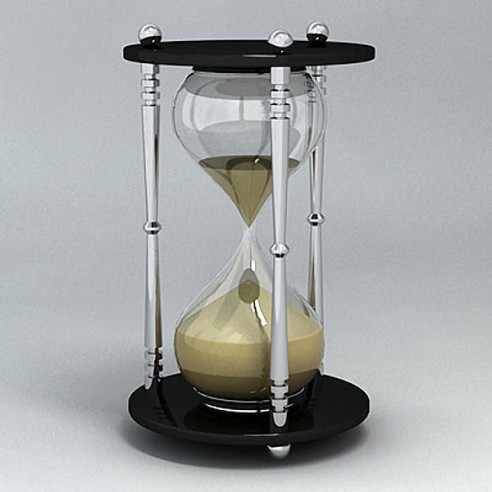 Today’s rant will be from the archives, simply because I’m in too good a mood to spoil with such vitriol as might come forth. Here instead is a relatively short discussion of the tendency of the human animal to resort to violence as a means of expressing their innermost demons…. sort of. It will do for our purposes today, which, at this point, merely involve getting down to the next section…. Keeping that in mind, please enjoy our little foray into the fairly recent past…

“I’ve never killed a man, but I’ve read many obituaries with great pleasure.”

I really love the power of understatement; this one from Mr. Darrow is an excellent condemnation of a huge class of people, unnamed as yet, but whose names are indelibly etched on our memories, just waiting to be included in a list of people the world would be better off without…. We all have a list by that title in our heads; anyone who denies it is a liar, plain and simple, and fooling no one. As a human being, it is part of our nature to hate, and nobody is so morally chaste as to escape those kinds of feelings now and then. Nobody…..

Sometimes, what amazes me about modern life is that there are so FEW outbreaks of random violence… I’d think that, with all the pressure our society puts on people, there would be a lot more of us who crack, enough to lose control over our baser impulses, and start trying to cross names off our list of preferred targets….. The way they usually go about it isn’t the most logical, or tactically intelligent, but what do you expect from somebody in an emotional crisis? Logical thinking? Not going to happen, sorry….. I’d say it would be time to get nervous when some guy starts blasting away, then disappears, only to attack again later, in a new place…. That would indicate more planning and strategy, and a much more dangerous person…..

I’m not sure just why I started this pearl…. It might have been in response to yet another random shooting spree reported yesterday in the news, in which a teenager started firing at people because of some argument he/she had with another teen, or something like that… another totally insane reason to start killing people, but, then, do you really expect rational from these people? It isn’t rational to expect them to have an understandable reason for their insanity, it doesn’t work that way…..

But, the media will spend an incredible amount of time and energy exploring every nuance of what this idiot was doing when they snapped, until no secrets are left to the young person’s life…. In looking at the entire incident, including the media coverage, I am tempted to give a big sigh, and lament the death of society, or at least the apparent death of decency…..

Amorphous anxiety seems to be our legacy as members of today’s culture; our lives consist of a series of unpalatable events fueled by unwarranted lies, and made worse for a societal tendency toward sloth combined with a severe lack of compassion; the sheer futility of it all seems to be the only message that comes through clearly. The fatal flaw in human nature that keeps us from becoming truly moral creatures is still in control of our destiny, and any impetus toward rationality is disallowed.

“The hottest places in hell are reserved for those who in times of great moral crises maintain their neutrality.” — Dante Alighieri (1265-1321)

This is the flaw we possess, all of us, and that which has plagued us throughout our history. One of my blogging friends commented a day or two ago with a relatively famous quote, in response to another discussion around the recent spate of reported shootings…. “All that is needed for evil to succeed, is for good men to look on and do nothing.” (She didn’t report the attribution, but according to Google, it was first stated by a man named Edmund Burke, with a number of slight alterations in wording since its appearance.) This single truth has been the biggest stumbling block to human progress for our entire history, and continues today to keep us from making any progress toward improving our chances of survival in the long run.

Once more, I’ve painted myself into a virtual corner, so to speak, since I don’t have any good solutions to offer to our dilemma. Oh sure, I can tell anyone what is needed for us to start making the world into the kind of place that would be home to EVERYONE…. I think, down inside, all of us KNOW what is needed for the world to be a better place. But, until it becomes common practice for people to make decisions based on compassion and love, rather than ambition and avarice, things aren’t going to change much, because the folks who don’t care about others aren’t going to stop what they’re doing…. there’s nothing in it for them if they do. Only when good men stand up, and refuse to allow that kind of usurpation of the rights of everyone else, will any changes take place…..

So, you tell me….. When is that going to happen? And how do we convince people that it needs to happen? Answer those two questions, and we might have a direction to go……

“If you ever go temporarily insane, don’t shoot somebody, like a lot of people do.  Instead, try to get some weeding done, because you’d really be surprised.” — Deep Thoughts, by Jack Handey

The value of wit is often said to cause harm,
for those who think, such is its greatest charm.
The new and the bold cannot be fulfilled
if innovation and change is left unwilled.

Society behaves at its base as a mob
conformity and submission its primary job.
Any sign of rebellion against the mob’s rule
is met with resentment, naming such rebel the fool.

Intellect and talent are looked at askance,
expressing artistry stands nary a chance.
To stand out from the rest of mankind
is fraught with danger, for body and mind.

Often I stand to watch in solemn dismay
as beauty and joy are left by the way,
ignored and reviled by the unwashed masses
who prefer darkness, and acting like asses.

With shouts of derision the normals make known
their fear of intelligence, greater than their own.
They hope to stop all semblance of progress;
for thoughts and ideas, they couldn’t care less.

The world struggles on in spite of all opposition,
managing to maintain its advanced position.
Pulling the foolish along in spite of reluctance,
helping each to learn the survival dance.

Hard though it may be to keep up with the future
genius manages its plans to develop and nurture.
In the final analysis, those who live by reason
enjoy life the most, season to season.

Our final pearl today is a rather simple, yet definitive pearl, of the pointed variety. This points us toward a way to approach our lives with elegance, rationality, and a degree of style. If you don’t get it, just go by the final injunction, and you’ll be fine…. Enjoy!….

“The most precious gift we can offer others is our presence. When mindfulness embraces those we love, they will bloom like flowers.” — Thich Nhat Hanh

“But the only way of discovering the limits of the possible is to venture a little way past them into the impossible.” — Arthur C. Clarke

“I’m not a teacher only a fellow traveller of whom you asked the way. I pointed ahead – ahead of myself as well as of you.” — George Bernard Shaw, “Getting Married,” 1908

“Always do right.  This will gratify some people and astonish the rest.” — Mark Twain

“If you get confused, listen to the music play.” — Robert Hunter

The smooth efficiency with which this Pearl came together makes me nervous; however, having trusted the process thus far, I must go with the flow. Since it’s also done, perhaps I’ll forgo the usual idiocy here at the end, & merely take my leave. Yeah, that’s the ticket. I’ll see y’all tomorrow, ffolkes, unless somebody comes up with a weapon I can’t deal with…. The odds are good, as always….