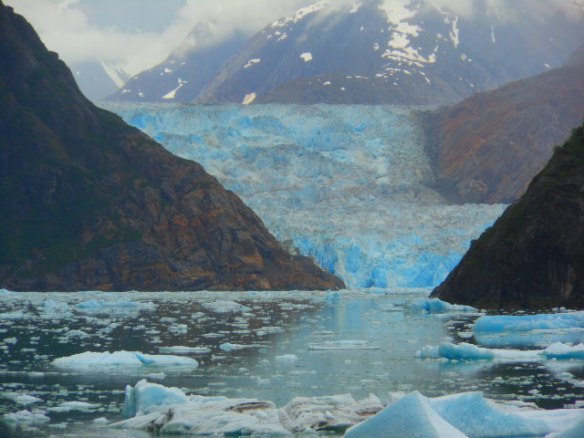 Hajime…. Our opening quote is quite appropriate, especially since it happened, to me. Well, not quite an explosion; more like a strong earthquake in my head. I’m not exactly certain of the details, as, for some reason, I seem to have lost my reason. Wait. That isn’t accurate; I still have it, but, it seems so pointless, and I can’t find the emotional energy to persuade it to even try to put a couple simple factoids together, just for fun, with no mention of profit or loss. If it doesn’t come back soon, I may have to go mundane, & start eating Cheetos, or something. I HATE Cheetos, too….

Okay, I’ll stop. I had thought perhaps a bit of nonsense might loosen up the old grey cells, but, nothing doing. It’s a conundrum, to be sure. Here I am, prepared to create a Pearl, and there is so much nothing in my mind, it’s just plain scary in there. I mean, a full paragraph to lead up to a punch line, and all I can come up with is Cheetos. Pathetic, even if I do hate them. To tell the truth, I used to eat ’em a lot, but, something about the orange glow-in-the-dark color of the tongue after just two of them started to make my eyes water… That & the sharp, bitter taste of chemicals they leave behind, after the faux-cheesy flavor goes wherever a fake flavor goes, started to make me think about just what was in them…. I don’t recommend it…. or them…

Since there’s nothing useful in my head, we’ll have to cheat again, as I’m up late, and starting even later. So be it. At least it will be all be fresh cheating, performed this morning for your reading pleasure. Or, a close approximation of same. We’ll take what we can get. In order to do so, I think, given our essentially useless mental state, we’ll just forgo further idiocy in this section, & use what little wherewithal we have to go look for some coherence further down the page. As justification, I will retreat into a pearl, with a strong statement on the efficacy of personal choice from a surprising, if not completely unlikely source, to wit: “Did you ever notice how ‘why not?’ is always the right decision?” — Marilyn Monroe

I’m cheating today. That, of course, means we go to default for today’s music. Don’t worry, it won’t hurt….. Try to enjoy it, anyway, okay?…. Hey, if nothing else, know I pick the one with the coolest picture, so, at least you can look at that while you listen….

Everybody knows, and, apparently, loves Winnie the Pooh. And, why not, I may ask? Well, let me tell ya…. Pooh’s got a darker side, one A.A. Milne never suspected. It has recently been discovered Pooh had another life, one the public was never allowed to see. I’ve managed to collect some of the things he’s said, and/or done, that might give you an idea of what Pooh is REALLY like…. Enjoy!….

WARNING: X-Rated Material below…. If the following offends you, well, hey, don’t read it…. I happen to think it’s funny, so, deal with it….  *wink*

I know I’ve spoken to you before about the darker side of Pooh…. He’s actually, for a Bear with Very Little Brains, a pretty swinging guy, and stays active in a part of town that I’m don’t even go to…. In fact, he has been caught en flagrante delecto on numerous occasions, and has never shown a bit of regret, or a shred of remorse. He is an incorrigible sex addict, which is, when you stop to think about it, really, really sick…. I give you now more examples of just how nasty he has been known to be….

— Bother! said Pooh, as he lured the young girl into the bushes.

— Bother! said Pooh, with a sexy grin, as he tied up his favorite redhead!!

— Bother! said Pooh, as Macgyver ran to him with his pants down.

— Bother! said Pooh, when Christopher Robin came in his mouth.

— Bother! said Pooh, as he rolled over and lit a cigarette.

— Bother! said Pooh, as he flashed a group of nuns.

I wouldn’t have believed it, if I didn’t see them there in black and white….. Hey, it’s not any harder to believe this, than it is to believe some of the shit coming out of Mitt the Twitt’s mouth, now, is it?….

“Happiness is the only good,
reason the only torch, justice the only worship,
humanity the only religion, and love the only priest.”

“It is not in the stars to hold our destiny but in ourselves.”

“Every man is a divinity in disguise, a god playing the fool.”

“Nobody really cares if you’re miserable, so you might as well be happy.”

“Never does nature say one thing and wisdom another.”

“He should not vow to walk in the dark, who has not seen the nightfall.”

“One final paragraph of advice:
Do not burn yourselves out.
Be as I am – a reluctant enthusiast…
a part time crusader, a half-hearted fanatic.
Save the other half of yourselves
and your lives for pleasure and adventure.
It is not enough to fight for the land;
it is even more important to enjoy it.
While you can.
While it’s still here.
So get out there and hunt and fish
and mess around with your friends,
ramble out yonder and explore the forests,
encounter the grizz, climb the mountains,
bag the peaks, run the rivers,
breathe deep of that yet sweet and lurid air,
sit quietly for a while and contemplate the precious stillness,
that lovely, mysterious and awesome space.
Enjoy yourselves,
keep you brain in you head and your head firmly attached to the body,
the body active and alive,
and I promise you this much:
I promise  you this one sweet victory over our enemies,
over those deskbound people with their hearts in a safety deposit box
and their eyes hypnotized by desk calculators.
I promise you this:
You will outlive the bastards.”

I did it. That, in and of itself, is a minor miracle. At this point, trying to explain or justify such a remark would be foolish, and, I can tell you, for sure and for certain, Sarge & Mom didn’t raise no fool. Okay, honesty rules here, so, y’all should know I just had to delete three lines of BS that might have kept us here for much too long. After all, this IS the closing paragraph, and, by golly, we’re gonna close this thing, and, now… See y’all tomorrow, ffolkes; if I don’t stop now, we’ll be here until then. Don’t fret, I’ll be back, and so will you…. See ya….

14 thoughts on “Gravy made with drippings….”