“To be alive is to take risks; to be always safe and secure is death.”

Hajime…. It has become increasingly clear to me how important this process is to my entire being. For the past week, the only part of my day which seems to have any constructive purpose is the time I spend putting this together, along with a small period following the posting of it, during which I try to surf to my favorite blogs, & catch up on comments. Once I’ve done some of that, I have tumbled, without warning, into the abyss of depression, whereupon I start pursuing activities which distract me from that, by sending me to other places in my mind; reading, going for a walk to do chores in town, or sleeping seem to work the best. For the rest, I weep, or recover from such depths of emotional storms.

That is why I have not been getting to the comments, or reading all the blogs & articles I’d like to be able to see. It’s a pisser, to be sure, for the contact with others provided by such surfing has become valuable, and valued highly. At present, I haven’t a clue as to when this might pass; in the past it has been known to last more than a little while. I always seem to find my way back to at least close to my center, but, it can be a trying time until I find the proper path, or stance to assume. One would think, given the strength and breadth of mind I claim to possess, it wouldn’t be such an issue; such qualities don’t seem to be any more defense against it than the chemicals doctors tend to rely on for it. But, it does keep my overall chemical balance in better shape, that’s for sure, and that is a good thing.

All that is really required is patience, and time, and finding that part inside where all we know of life resides. It’s there; we just lose sight of it at times, and need to find our way back to that point. I’m almost there, I think, but, only time can tell, and it’s not ready to do so. Or, I’m not; that’s more likely, and as soon as I can figure out why, I’ll be fine. In fact, I AM fine; I’m just not enough aware of it. I will be, so I’ll just hang on until then….

Now I’ve bored y’all with three full paragraphs of expository revelations of a personal nature, I suppose we should get on with the rest of this mess. So be it. We’ll use a Tardis Toy to get us gone without any further delay; I know just the right one, too. This one is fast, and slick; so fast, you’ll have to watch close, or you’ll miss it altogether…..

“The true value of a human being is determined
by the measure and the sense in which he has attained liberation from self.” 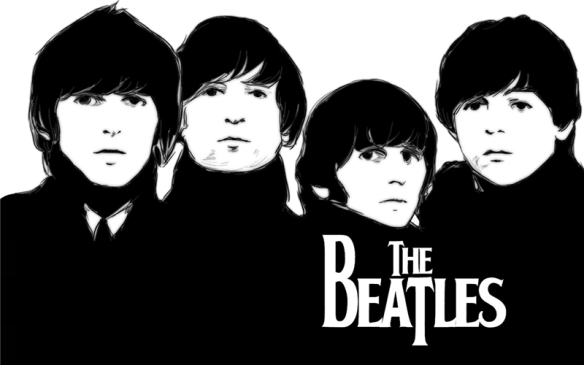 I just felt like some oldies, so, here are perhaps the best example of oldies that can be found…. live. Let’s listen to the lads, like we did for so long, so long ago…..

I’m still rantless, mostly. Here’s one from a couple or three years ago; I checked it out, & it’s all still completely valid…. Go figure….

“Trust your hunches. They’re usually based on facts filed away just below the conscious level.” — Dr. Joyce Brothers

I find this to be a fascinating statement, from a person many of today’s youth won’t recognize as a celebrity. Dr. Joyce, as we called her when I was young, was a celebrity from back in the 1950’s and 60’s, who became famous at first as a prodigy child contestant on a quiz show, The $64,000 Question; she later found celebrity as a radio and TV talk show hostess, answering questions by callers about relationships, love, and life in general. She had a calm, friendly, confident manner that was easy for people to accept, and her brilliant mind gave her answers a certain depth and cachet that otherwise would have been lost, had she been less intelligent, or less charismatic…..

What I find to be interesting here is her reliance on the subconscious mind for accurate data resolution and interpretation, and her confidence in proposing that people explore that connection. I was around at the time, and the world was NOT in a place, philosophically speaking, where the reliance on subconscious activities was considered to be a mainstream belief. In fact, it almost put her in the category of mystics and clairvoyants, as far as established society was concerned….. To many, she might have well just said that we should all become witches….

I suppose what helped in the long run toward acceptance of this kind of thinking was her documented genius, that gave what she said a certain validity. In addition, she was at her most popular right at the time when society itself was going through some severe upheaval, during the late 50’s and early to late 60’s, so her ideas found more acceptance among the young, then spread to the rest of the culture as the Cultural Revolution went on, and society became more open to such free-wheeling philosophies.

Another effect of that time, that many people lose sight of, is the polarization that occurred in society, as the two intrinsically opposite philosophies, of liberalism and conservatism (as they are understood today….), became the two camps of ideology that would engage in a struggle for control of the government, and society, for the next 60 years, right up to today….. It’s a struggle between two ways of looking at life, and neither one is aware of being under the control of a third party, one that remains in the shadows, unseen and unheard, expect at their own command…..

Okay, here is where those of you who don’t buy into the conspiracy theory of life can skip on to the next section… to your own peril, but, hey, to each his own, right?….. I’m not particularly paranoid about such things as conspiracy; most of the time I think the things the ffolkes who believe in them see, that support their ideas, are seeing examples of human stupidity, rather than conspiracy. But, I am also a scientist, FIRST, and there is just too much evidence that supports the idea that there is a small percentage of humanity that controls the majority of resources (ie, food, land, money, armaments…), and as a consequence, have far more influence and control over the rest of us than is either just, or ethical.

This small group of mega-rich fanatical egotists believe that, because they can, they have the right to hoard all of those resources for themselves, and have the right to determine who should have any access to them. They believe this because they are allowed to do so, having grabbed all the controls (to wit: the guns and money….) long ago, and have arranged matters so that the great bulk of society is not only under their control, but is unaware of being in that position….

To tie this all together for y’all, let me say this…. I have a hunch that this is true. I don’t always have evidence that I can point to that is obviously definitive in the direction of proof of that assertion, but, if what Dr. Joyce tells us is true, my subconscious mind is aware of the facts, and can show me where to find them, if needed. That hunch tells me that, YES, there are a small group of assholes who are in control of society, for their own benefit, and they don’t give a fuck about the rest of humanity…. and there is evidence to support this hunch, even if it isn’t right out in the open where everyone can see it easily.

As yet, I don’t have any viable suggestions about how to go about kicking these punks to the curb; all I know is that we need to do so, and soon, before they kill all of us with their own brand of stupidity…. This isn’t to say they are altogether stupid, or that it is their primary defining characteristic…. but, they are human, and as such are subject to Murphy and his natural law…. So, I suppose it is a matter of watching for the right moment to catch them just at that instant when their own humanity will bring them down….. and hoping that moment comes soon….. 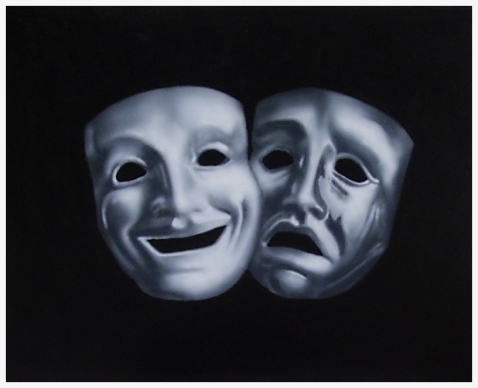 Smart Bee is on strike, apparently; I spent much of yesterday searching without success for enough pearls to fill this section. Nothing doing. Since it’s getting late, here is one from the past to fill in for today….. Enjoy!….

As is the case in many instances, when faced with a literary conundrum in the morning, I’m resorting to default, and firing up an old school pearl for your perusal and edification (if that can ever be said to be true of pearls….)…. The following seven pearls were, of course, chosen at random, and without conscious volition, but with an eventual destination in mind…. Today, we are fortunate to note that the destination is also random, as is the conclusion to which you will be led, willy-nilly…. That conclusion is, naturally, left as an exercise for the Gentle Reader…..

“I am not young enough to know everything.” — Oscar Wilde

“Democracy is based on the assumption that a million men are wiser than one man. How’s that again? I missed something.” — Robert A. Heinlein

“A heretic is a man who sees with his own eyes.” — Gotthold Ephraim Lessing

If a cat spoke, it would say things like “Hey, I don’t see a problem here.” — Smart Bee

“Am I not destroying my enemies when I make friends of them?” — Abraham Lincoln

“Do your Duty. Honor the Truth. Respect Life. Share your Love.” ~~ Axiom #7, Peruaosophy

I did it. I’m not certain exactly how, or even why; nonetheless, it’s done. So be it. I’ll be back again, ffolkes, to see if I can’t actually pull it together enough to do this right. Until then, y’all be strange, or cool, whichever works for you. See y’all tomorrow, given half a chance….

26 thoughts on “Use all the available pitchblende….”