“For the human mind is seldom at stay:
If you do not grow better,
you will most undoubtedly grow worse.” 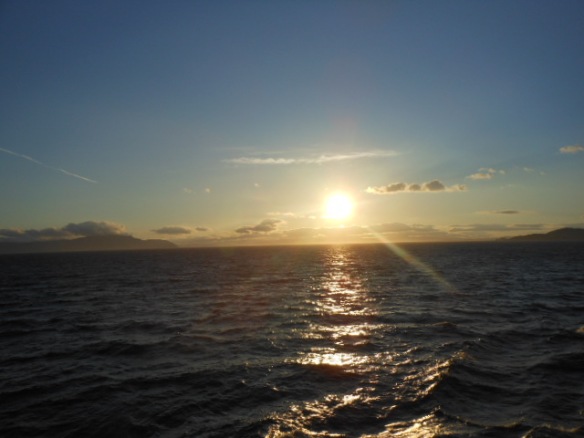 Apparently, I’m back. For some, such news is un petit passé; for others, it signifies naught. For me, it is, if nothing else, edifying, as well as something of a relief. Since it’s been over two months, and more, since my last post, I am fairly certain it will take more than a little focused effort on my part to get it done, but, we’ll see how it goes. Should it prove less than satisfactory, well, I suppose we’ll just have to deal with it. Who knows? It may come out well, so, let’s see what we can come with out of the depths of dross & drivel piled up in various portions of my cluttered mind to make that come to pass….

In fact, let’s get right to that, shall we? No sense in delaying any longer….

There hasn’t been much summer here in California this summer; the weather has gone completely wonky. To compensate, here is some summer music from our old friend Wolfie….

A baleful lump of ironic introspection
sits upon my shoulder today
leaving traces of fey reflection
with a smattering of true dismay.

Resistance may be futile, many have said,
belief didn’t necessarily follow.
Abnegation of fear marks all bills paid,
leaving such empty threats hollow.

Too many culprits exist to count just one;
all of us bear obvious blame.
Evil is as evil does, only, when it’s done,
it begins again, all same-same.

“If I had a brain I could think of things I never thought before.”

“A life spent making mistakes is not only more honorable,
but more useful than a life spent doing nothing.”

“The message of history is clear:
the past lies before us.”

“I err, therefore I exist.”

“The thought manifests as the word;
The word manifests as the deed;
The deed develops into habit;
And habit hardens into character.
So watch the thought and its ways with care,
And let it spring from love
Born out of concern for all beings.”

“This is no time for moderation.”

As per expectation, getting this done tool some time, much of which was spent finding my way around my new computer (“Bob”) & cursing the learning curve for new Microsnot O/S’s. I’ll post again in a day or two; it will take that long to summarize some of the thoughts I’ve generated in the past 3 or so months of being off-line, & mostly off-grid. Hopefully, someone will come by to read it, but, that’s never been my primary purpose here, so, oh, well if they don’t. For now, suffice to say, I’ll be back as soon as I have more to say. Until then, be well, be happy, and, of course, be strange….

8 thoughts on “In the fullness of time….”