Truth be told, getting up when I do to write these Pearls is becoming more of a chore than it ever has in the past….. While fighting the pre-coffee, pre-magic cream kick-in, and the lethargy that now dogs me each morning, I experienced a small epiphany…. and then lost it….. It’s really too bad, too, because I’m fairly sure it was important, and would have made my life, if not easier, at least more comfortable…. SIGH…. I know it’s going to be a tough day when my own mind fails to get on board with the program, in spite of the offerings made by reality to expiate the difficulty….

I suppose I’ll have to push on, though, as my sense of Duty is so entwined with this purpose, this process will plague me until my last breath…. and possibly beyond…. Isn’t THAT a scary thought? Oh well, it’s not as if I didn’t know all of this coming in; it’s just, as I said, one of those mornings, when it all seems more than I can bear…. Of course, I can bear a lot, but, that doesn’t mean I like it…. I may have, and be able to deal with, a lot of pain, but, in doing so, I tend to lose track of Mr. Nice Guy…. and don’t regret a moment of it when I do….

Since, however, I AM such a nice person, at the core, I always feel bad whenever I chew on someone, even if they deserve it (as is most often the case, I find…. stupid is as stupid does, after all….). I don’t know if that makes up for my grumpiness, karmically speaking, but, it does keep me from chewing all the way down to the bone…. most times….. I can’t help it if people keep doing stupid right in front of me, though, so, I’ve come to the conclusion the whole issue is one I can’t afford to ignore, at least from a legal standpoint….

Now, from analyzing that last paragraph, I see we have reached a point where reality no longer has any influence over my mind at all…. This can be a good thing, or not, depending on how I deal with this last portion of this intro…. If I can work this right, we’ll be okay, just a bit stiff and awkward, especially on the turns…. If not, well, I may as well just go into the archives now, and be done with it…. Either way, my thumb is screaming at me, so it will have to be a fast one, to get done before my right hand becomes useless for typing….

On looking back over what has transpired to this point, I’m afraid my prediction holds…. this could get ugly, or it could turn to shit, in a heartbeat….. or, it could be the best Pearl ever…. at this point, there’s no way to tell…. Well, actually, since this intro is such a hodge-podge of mixed ingredients, some good, some bad, that “best Pearl” category is probably out of the question…. How about we shoot for “coherent”?…. That, at least, sounds doable….

“I may not understand what you say, but I’ll defend to your death my right to deny it.” — Albert Alligator, in Pogo, 26 September 1951

“Ah! don’t say you agree with me.   When people agree with me I always feel that I must be wrong.” — Oscar Wilde

“How is it possible to expect that mankind will take advice, when they will not so much as take warning?” — Jonathan Swift

Don’t fret…. I’m not going to rant, even though I could….. This article is here to provide the latest development in the ongoing saga of the Snowden Effect…. The poor German spy they arrested was apparently subverted by the NSA, or some other agency in the US government, for what seems to be a pretty paltry sum…. If I’m reading it right, this terminally bozoid personality was paid a measly 2500 Euros to spy for our side…. It doesn’t seem like much, to me, for the risk of destroying one’s entire life, but, then, I’m not stupid, either, even if my nose IS red, and large, and makes a loud noise when squozen….. squuzzed…. squeezed….

Any who, such rampant dumbness doesn’t deserve my rant, though I wouldn’t object to putting it onto the NSA…. Instead, though, to foster a bit of tolerance in me, and avoid becoming even MORE angst-filled than I am already, I’ll go with an old-school pearl, targeted at those same federales who are making such a nuisance of themselves, by stealing not only the public’s money, while destroying its trust, but are also stealing our data, merely to justify their own deeply seated paranoia…. Yes, ffolkes, I give you, The Asininnies!….

“Life is a search after power.” — Emerson

“Waco means the government can kill anyone it doesn’t like and get a 94% approval rating.” — Jeff Chan

(Especially if they can find someone else to blame it on….)

“I smell a rat.” — Patrick Henry, upon hearing about the Constitutional Convention, which eventually overthrew the first Federal Government of the United States

“A man that should call everything by its right name would hardly pass the streets without being knocked down as a Common Enemy.” — Lord Halifax

(This one is still true….. People have always had a hard time swallowing the truth, and, human nature hasn’t changed a whit…..)

“It is as useless to argue with those that have renounced the use and authority of reason as to administer medication to the dead.” — Thomas Paine

(Gee, sounds like they’re talking about the recent GOP runoff election in Mississippi…. where the Tea Party had a number of candidates running….)

Okay, so, it’s not the best pearl ever, and it’s all littered with comments…. Deal with it…. At least I’m done, and we can go find a poem now….

I believe I have a poem percolating, somewhere in the hidden, far reaches of my mind; I can sort of feel the whirling vortex of burgeoning creative forces gaining speed, sucking in words, ideas, and perceptions to formulate some sort of outburst from my alter-ego, wherever it may be hiding…. That must be why I’ve been using so many of my older poems…. it sort of gives me a push in the right direction when I see the former results of this process in me…. Now, all I have to do is wait until it starts bleeding out, and try to get it on screen….

For now, I’ve been feeling a lot of wanderlust lately; I need to be out and gone, seeing some new part of the world where I’ve never been, or some part I’ve always wanted to explore…. Mostly, when I feel that, Ireland is the place that comes to mind…. I’ve wanted to explore the country, and get to know the people, for much of my adult life, and the day each in Dublin, Cork, and Belfast, while on my cruise last year, just isn’t enough to fulfill that desire…. Hence, I’ve decided that the Emerald Isle will be my next destination; I’ve already started saving up…. To celebrate the decision, here’s a poem I wrote a couple years ago, on that very subject….

Days and Nights of Eire

Comforting, a dream creeps oft into my mind
On the elven hills of Eire lives the vision I find.
Elegant, gracious, everlastingly draped in beauty
Just payment of simple homage lives as joyous duty.

Fairies and druids walk abroad in ghostly parade
Gracing each hearth with its own welcoming shade.
Castles and heroes yet live in tale and song
Proving love for the land in each heart strong.

Old and strong, connections call out in dreams
Nothing that was known remains as it seems.
Immersion in ancient runes and battle hymns
Offering sanity in place of grievous whims.

Time and place can tell a much different tale
Judgment should never be a final sale.
Yet something solid and real calls me to go see
Where dreams of loving beauty may actually be….

Here I am again, lost in space, once again, sans any photos, or other means of producing anything worthwhile…. Having reached the third section, though, I am authorized to go with impulse, which, in this case, apparently bears a strong resemblance to laziness…. You know what that means…. another random, harlequin, old-school pearl, just because I can… Enjoy, ffolkes, this is all you get today…. Chalk it up to post-holiday depression, I guess… That always happens when I hear something like the first quote below, which I have no doubt is based on the truth….

“We have killed more people celebrating Independence Day than we lost  fighting for it.” — Will Rogers

“Nothing has such power to broaden the mind as the ability to investigate systematically and truly all that comes under thy observation in life.” — Marcus Aurelius Antoninus (121-180 AD) — Meditations, iii, 11

“It is folly for a man to pray to the gods for that which he has the power to obtain by himself.” — The Vatican Sayings, Epicurus

“Do you have change for a paradigm?” — Smart Bee

I’m not going to whine, but that turned on me, and became more of an ordeal even than I’d imagined it would be…. It’s done, though, which is probably for the best….. I could conceivably hurt more than just myself by continuing….. Besides, my brain is now empty, so, I’ll be on my way…. See y’all tomorrow, ffolkes, should the universe see fit to give me a small break….. 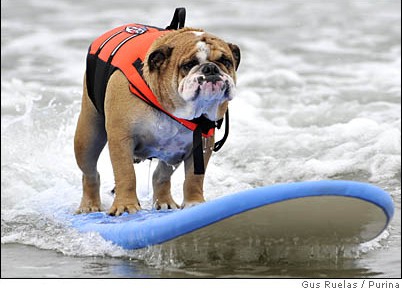