“He is able who thinks he is able.”

Unburdened by the rigors of coherent thought, I sit to begin another Pearl. I sincerely wish, too, I could claim credit for the opening sentence; sadly, I stole part of it. Beautiful, though, isn’t it? The part before the comma is the part I stole, which is why I wish I’d said it; it is, in almost every sense, a perfect expression of my state of being almost every day as I start this process. Process it is, too, beginning with will power sufficient to arise from bed, (always a challenging exercise, these days….), stumble to the coffee machine to turn it on, then, walk to the computer to attempt to find the tiny button to turn it on….

About ten minutes later, having somehow waited to get the coffee into my system, (often performing completely unconscious physical actions to do so…. I seldom remember FIXING the coffee, only consuming it…), I look at the screen to see if, maybe, I wrote something worth keeping while in my semi-conscious state. At least THAT is consistent…. it’s never there…

Today, the process is complicated even further by the vertigo I’ve been gifted with of late. In case you’ve never experienced it, let me assure you, it’s no picnic. Any sort of motion seems to stimulate it, which makes the process of writing somewhat problematic, as the head makes natural movements while thinking about them…. To be honest, it’s getting to be a bit of a bother…. and, yes, that’s sarcasm….

But. I got some of this done yesterday, so, I’ll push through, pretending I’m tough. I really did used to be tough; I just need to remember how to go about it…. Shouldn’t be too hard; I’ve played with pain, or other issues, all my life…. I’m not going to let it keep me from doing what I need to do now…..

Fuck Murphy….. and the fucking white horse he thinks he rode in on….

“I must not fear. Fear is the mind-killer. Fear is the little death that brings total oblivion. I will face my fear. I will permit it to pass over me and through me and turn my inner eye to follow its path. When the fear is gone, there will be nothing. Only I will remain.” — The Litany Against Fear (Frank Herbert, -Dune-, 1965)

Good timing on that one…. it’ll come in handy today…. 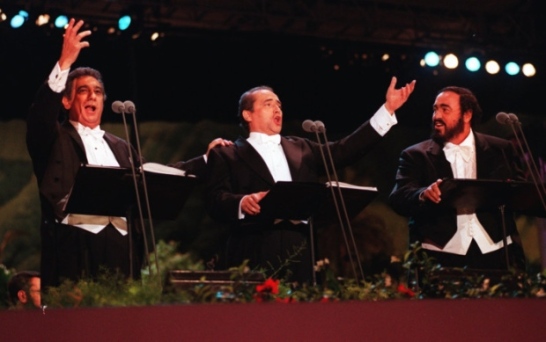 Image from scotsman.com via Google images

I am NOT an opera fan, at all. However…. I AM a big fan of the human voice; I learned to play guitar so I could sing along. This isn’t to say I’ve the world’s best baritone; in fact I’d say any one of these three gentlemen are much better, without any fear of disagreement, from anyone but my dog, which I don’t have. And, they’re tenors, not baritones, which goes to show you how good I might be…. When all three of them are hitting a top note, it is, literally, spine-tingling…. Enjoy, ffolkes…. 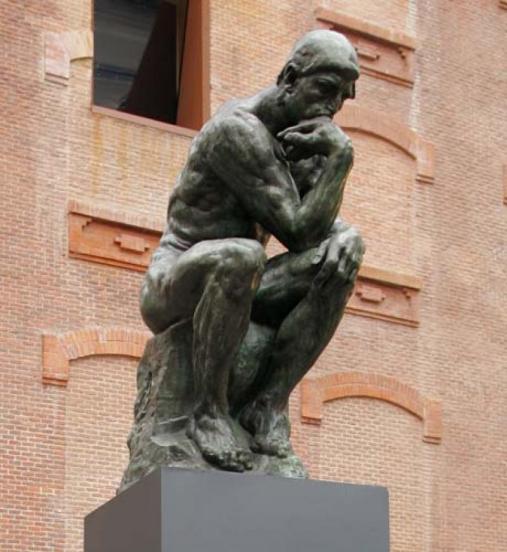 As might be surmised, a fresh rant is out of the question, unless I want to start in on Kaiser, HMO’s, and Big Pharm; I think I’ve built up enough angst over them to rant for a week with stopping…. For now, this little exercise will do….

“The great French Marshall Lyautey once asked his gardener to plant a tree. The gardener objected that the tree was slow growing and would not reach maturity for 100 years. The Marshall replied, In that case, there is no time to lose; plant it this very afternoon.” — John F. Kennedy

What a great little anecdote! I love to see a great life lesson told in a few short words…. Here is a perfect description of the attitude one requires to achieve happiness…. Yes, happiness, an old word, one bandied about much by the uninformed, and the unhappy…. Happy people never need to use the word itself, as they are just…. there. There is little need to think about being happy, when you are, and in fact, not thinking about it is one of the keys to holding it, once found…. But, it is a rare person in today’s world who can maintain any long periods where they feel happy the entire time; the world intrudes too much into our lives to give us leave to be happy, unless we know the secret…..

Yes, there’s a secret….. Of course, it’s the kind of secret that is hidden right in plain sight, like Poe’s Purloined Letter. It only requires that one be willing to accept it, and to allow it to enter into one’s spirit, suffusing the world in the less harsh light of contentment, rather than the cold, hard light of resentment. People tend to be like the gardener, blocking their own happiness by finding all kinds of reasons to NOT allow it entry into their world. As humans, we are taught at young age to view reality with stoicism, and mute, unquestioning acceptance of our lot; we are shown all the ways to look ahead, to see the worst of what can happen, in order to be prepared….

But, there is another way to approach the matter, one little known, and therefore little taught…Reality is a tough go, for sure, but, with a little bit of mental effort, much easier than the alternative, one can be in control of how it (Reality) affects one’s life. In short, Life treats us all like shit; what determines how much of it gets in our sandwich depends solely on us, and how we react to that shit…. We can slap the shit between two slices of bread, and choke it down…. or, we can use it as fertilizer, to grow some rather nice weed…. potent, and good for you….

Whatever one decides, the choice remains, as long as one is aware of the options. The problem with most folks is, they don’t see the options, or they don’t believe they will work, as their attitudes keep them from even trying a lot of new ways to do things. I won’t say it is this way for all people, but the greatest majority of people I see in the world are unhappy, without ever realizing that a) they don’t have to be unhappy, and b) being happy is within their power to choose…. It’s too bad, really, because that unhappiness is part of what makes people go wonky, losing integrity, honor, and any sense of morality, in order to reach for an illusion, an illusion of happiness that, even if grasped, will drift away and vanish, like smoke in a breeze….

This little mini-diatribe was intended to be more…. more clear, more inspiring, more helpful in getting people to think in different ways…. However, I seem to have lost that thread, and it’s getting a bit obscure, and thick…. So, I’m going to switch to old-school, and politely ask Smart Bee to give me the right words to accomplish that intent, without having to subject y’all to another thousand words of pedantic persuasion…. Well, that’s how it’s supposed  to work, anyway…. If not, at least it will have been more palatable, with more chocolate chips….

“Going to bed with a woman never hurt a ballplayer. It’s staying up all night looking for them that does you in.” — Casey Stengel

“Beware of the “Black Swan” fallacy.  Deductive logic is tautological; there is no way to get a new truth out of it, and it manipulates false statements as
readily as true ones.  If you fail to remember this, it can trip you – with perfect logic.  The designers of the earliest computers called this the “Gigo Law”, i.e. “garbage in, garbage out”.  Inductive logic is MUCH more difficult – but can produce new truths.” — Lazarus Long

“If you tell the truth you don’t have to remember anything.” — Mark Twain

“Eternity is a mere moment, just long enough for a joke.” — Hermann Hesse

Okay, so, that works, sort of….. My apologies…. It’s not as clear as I’d hoped, though it’s quite good, in its own small way…. Not bad directions, if one is accustomed to pearls…. I’ve got it! Here is an example of how happiness works, and is available for use by anyone who wishes to use it….

(That’s it…. that’s the secret….. No? Not clear yet? Ah, well…. Well, we’ll try again later, ffolkes…. just remember, you CAN be happy, any time you wish…. It’s all a matter of choice….  Bonus? Nobody can take the choice away from you….)

of quick relief,
of timeless beauty,

of pain avenged,
of lust aroused, 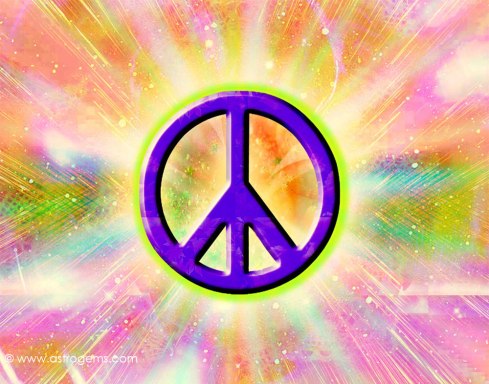 Today’s old-school pearl is pretty simple; it’s made up of good advice on how to live your life in a manner of your own choosing…. In short, it’s mostly stuff you already know, for peace is ALWAYS there inside all of us, just waiting for us to realize we are connected to the Universe at all times, if only we can remember….

“Nobody has so many friends that he can afford to lose one.” — Edward Abbey

“It is the edge and temper of the blade that make a good sword, not the richness of the scabbard; and so it is not money or possessions that make man considerable, but his virtue.” — Seneca

“Think all you speak, but speak not all you think.” — Smart Bee

“It is impossible for a man to be cheated by anyone but himself.” — Ralph Waldo Emerson

“We must learn to be still in the midst of activity and to be vibrantly alive in repose.” — Indira Gandhi

“When I was born, death kissed me. I kissed it back.” — Rainer Maria Rilke

“The whole life of man is but a point of time; let us enjoy it, therefore, while it lasts, and not spend it to no purpose.” — Plutarch — Of the Training of Children

There! Did it….. A great sense of relief infuses me; getting this done is almost made worthwhile by so feeling, I must say. Have said so, I’ll torment you no further, but, rather, take my leave, while the leaving is good…. See y’all tomorrow, ffolkes; as can be seen, it will take a lot to stop me…. Let’s just hope the PTB continue to ignore my intransigence, chalking it up to insanity…. Yeah, that’s the ticket….

4 thoughts on “Bluffing on a busted flush….”