“Depend not on fortune, but on conduct.”

Just add someone to romance…

Good morning. Today, just for y’all, we have a Pearl with no ups, and no extras…. Don’t worry…. you’ll see.

“Learning builds daily accumulation, but the practice of Tao builds daily simplification.  Simplify and simplify, until all contamination from relative, contradictory thinking is eliminated.  Then one does nothing, yet nothing is left undone.  One who wins the world does so by not meddling with it.  One who meddles with the world loses it.” — Lao-Tzu — Tao Teh Ching

Picture from apkmodgame.net via Google images

Today, let’s go back to our beginnings, to listen to the artist I consider the driving artistic force behind modern music. This man had a very short career, interrupted by his death in an airplane crash before his 30th birthday. He left behind a legacy of music that will not be forgotten, and remains some of the best rock & roll ever produced…. Enjoy, ffolkes, this one is special….

As I’ve iterated recently, ranting seems to have become a fairly rare occurrence around here, due to a number of altered circumstances, and my own lack of angst build-up…. Today, it’s okay, because I managed to put together a pretty good old-school pearl, with parameters set to take some shots at the Predator Class, aka, the BRC, or Beloved Ruling Class….

These are mostly pure, with a couple of pearls which COULD be used for those other Asininnie category members, the Dogma Dogs, but, the characteristics of both are the same…. Any one of these will give y’all an idea of what is going wrong in this country, and why it probably isn’t a fixable issue…. I won’t say enjoy, but, I will say, THINK! I mean, think about it ffolkes…. As our first pearl demonstrates, even a blind person can see what is going on…..

We, the people, are not free.
Our democracy is but a name.
We vote?
What does that mean?
We choose between
Tweedledum and Tweedledee.

“There is no force more potent in the modern world than stupidity fueled by greed.” — Edward Abbey

“The more I study the religions of the world, the more I am convinced Man never worshiped anything but himself.” — Sir Richard F. Burton

“It is terrible to contemplate how few politicians are hanged.” — G. K. Chesterton, The Cleveland Press, 3/1/21

“Faith, n: That quality which enables us to believe what we know to be untrue.” — Ambrose Bierce

“A society that will trade a little liberty for a little order will lose both, and deserve neither. — Thomas Jefferson

1. No matter what they’re telling you, it’s not the truth. 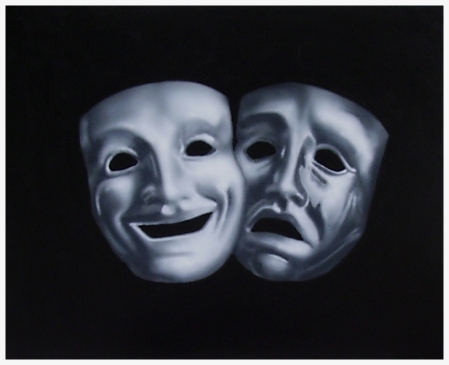 Today, we are again going with one of mine, simply because I want to… So there…. Try to enjoy it anyway, ffolkes….

This one is about Life, and some of the concepts which can make it worthwhile living….

“A person’s mind stretched to a new idea never goes back to its original dimensions.” — Oliver Wendell Holmes, Jr.

“He who has the courage to laugh is almost as much  a master of the world as he who is ready to die.” — Giacomo Leopardi

“If people are good only because they fear punishment, and hope for reward, then we are a sorry lot indeed.” — Albert Einstein

“Men are used as they use others.” — Pilpay (or Bidpai) — The King who became Just, Chap. ii, Fable ix

“Character is that which can do without success.” — Emerson

It may sound self-serving, but, ffolkes, that’s the best I can do today, so, like it or not, we’re done here…. I promise, tomorrow will be… well, maybe not better, but, it WILL be different. On that uplifting note, I shall bid the a fond farewell. Adieu, adieu! Until we meet again…. Tomorrow, if I have anything to say about it…. See ya….