“Many people would rather die than think; in fact, most do.”

Good morning…. Or, so it says here on the label. Personally, I prefer to wait a few hours before trying to make such a distinction, or, for that matter, any judgments at all regarding quality. But, that’s just me; the rest of the world insists on perpetrating ‘social niceties’, even when they have little to do with Reality. Wow…. Sometimes, cool stuff just pops out like that…. If you look at that last statement, from “the rest of the world” to “Reality”, you will see it is a rather perfect metaphor for Life at Large…. in regards to humanity’s part in that Reality, anyway….

Now I’ve completely screwed the pooch for any sort of organized ranting, I suppose I should do something that will save this intro, but, it hardly seems worthwhile, as this Pearl may not get posted today at all. It’s not done yet, and, I still don’t have an ISP, so, a trip to a Wi-fi spot will be necessary to post. SIGH…. Life as a Bozo can be complicated sometimes, can’t it? Ah well, when the nose grows, you gotta let it show. And, it’s far too late in my life to make radical changes in my outlook, so, I’ll just keep honking when appropriate, and enjoy the irony of living life on a parallel track from everyone else, when I am so aware of the necessity of connection….

You pays your money, and you takes your chances; we’re all in THAT boat. So, griping and whining about it won’t help, or make any changes. In a way, I suppose this blog is part of my own attempt to make sense of Life; can’t say it’s helping a lot, but, hey, it’s better than not trying at all, right? Well, that’s what all the ancient sages say, so, I’ll go with it. They seem to have had most of it right, from what I can tell. Damn! How did we fall into this fatalism? God!….. “The emotions, Bunter! Terrible things”

Okay, that’s a clear signal it’s time to bring this to a close, which is another weird thought (closing the opening, yes?…). I am convinced now. We’d best be on our way, before Entropy and Chaos take full control. If we slip out to the oyster beds now, I think we can fool them into thinking we’re still here. Just leave your drinks and coats; we’ll pick them up later & have them mailed to the address you left on the “Instructions In Case of Death” y’all filled out in the initial phase of your training…. Luigi, fire it up & get us outta here!…..

“Life without music would be an intolerable insult.”

I don’t think I can be any clearer than that; here is part of the reason why it’s true….. Enjoy, ffolkes…..

“A power has risen up in the government greater than the people themselves, consisting of many and various and powerful interests, combined into one mass, and held together by the cohesive power of the vast surplus in the banks.” — Johann L. Uhland (1787-1862) — Speech, May 27, 1836

Such an excellent pearl is suitable for ranting, certainly; its level of truth is astoundingly high, as well as the accuracy of its aim. And, in fact, I had a very full rant planned to go along with it, as we who live in today’s world are living with the consequences of what Mr. Uhland noted back in the early nineteenth century. As I sit to begin, however, I find myself tired of it; I have to deal, daily, even hourly, with the very real issues that arise out of the fact we are all merely slaves to money, an unreal concept the bankers have managed to convince the world is important to them…..

It makes me very sad, quite often, to think how easily most of humanity falls into the traps laid for them, then, spend their entire lives living according to two very serious delusions about Reality…. First, people have fallen for the delusion of a God, which, in my mind, is a completely unprovable, and dangerous, idea to fall for; secondly, they have been fooled into thinking a) money actually exists as something other than an idea, and, b) money is very important…. neither of which concept has any true meaning in Reality…. I mean, you can’t eat a dollar bill, ( One COULD eat a dollar, I suppose, but, I wouldn’t think it would be particularly tasty, or satisfying, and certainly wouldn’t taste like much without some ketchup & mustard….), and a coin put into the earth will not grow up to be food of any kind… so, what good is it?

I see I AM ranting, but, my heart isn’t in it. Here, take these, instead…. It’ll have the same effect, anyway….  As one of our most famous American authors once said…. “Draw your chair up close to the edge of the precipice and I’ll tell you a story.” — F. Scott Fitzgerald, _Notebooks_

“A nation never falls but by suicide.”

“If everyone believed in peace they would immediately begin fighting over the best way to achieve it.” — Goebel’s Observation on Utopia

“Anytime I see a person fleeing from reason and into religion, I think to myself, there goes a person who cannot stand being so goddamned lonely anymore.” — Kurt Vonnegut, Jr.

“Happy is he who dashes the heads of his enemy’s children against rocks.” — Psalms 137:9

“Beware of altruism. It is based on self-deception, the root of all evil.” — Lazarus Long

“The only sure bulwark of continuing liberty is a government strong enough to protect the interests of the people, and a people strong enough and well enough informed to maintain its sovereign control over the government.” — Franklin Delano Roosevelt

“I believe and I say it is true Democratic feeling, that all the measures of the Government are directed to the purpose of making the rich richer and the poor poorer.” — William Henry Harrison

(Funny (ironic) this statement being made by a President of this country…. One might think it to be true…. which it is….)

“..  I don’t know why but, suddenly, I want to discuss declining I.Q. LEVELS with a blue ribbon SENATE SUB-COMMITTEE!” — Zippy the Pinhead

We Americans are in the pickle we’re in for one simple reason; not enough of us took the following statement seriously; we are now harvesting the crop of our failure to plant the idea in due time…. We forgot, you see….

[Eternal vigilance is the price of liberty.] 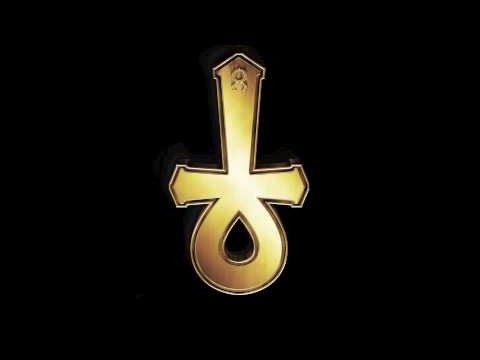 Hopefully, the icon chosen for today’s final section will cause those Gentle Readers familiar with our methods to go on full alert. Here’s a pearl on Life at Large, but, from a viewpoint not often taken…. We’ll start with a nice definitive statement on the nature of Reality, and go from there to our jumping off point…. Take a towel, ffolkes, it can get a bit humid with all the thinking going on…. Enjoy the ride!….

“Why you say you no bunny rabbit when you have little powder-puff tail?” — The Tasmanian Devil

“Deem not life a thing of consequence. For look at the yawning void of the future, and at that other limitless space, the past.” — Marcus Aurelius Antoninus — Meditations, iv, 50

“In this world there is always danger for those who are afraid of it.” — George Bernard Shaw

“Men fear thought as they fear nothing else on earth, more than ruin, more even than death….Thought is subversive and revolutionary, destructive and terrible, thought is merciless to privilege, established institutions, and comfortable habit. Thought looks into the pit of hell and is not afraid. Thought is great and swift and free, the light of the world, and the chief glory of man.” — Bertrand Russell, “Selected Papers”

“Everything has beauty, but not everyone sees it.” — Confucius

“All of our best and oldest legends recognize that time  passes and that people grow old and die.” — Alan Moore, The Dark Knight Returns

“Each of us visits this Earth involuntarily, and without an invitation. For me, it is enough to wonder at the secrets.” — Albert Einstein

“No human thing is of serious importance.” ~~ Plato ~~

“Life is too short for grief. Or regret. Or bullshit.”

There you go…. I don’t think it can be any clearer, especially given the closing pearl from our old friend, Mr. Abbey…. So be it….

Well, all in all, it’s all I can do, and, you know the rest of that one…. Oh, gosh, look, it’s a closing section! I believe I’ll take advantage of it, and close this puppy down. Now, the task becomes physical, to find the nearest suitable Wi-fi spot, comfortable enough to spend the necessary time to post. I decree it shall be done, since I also have reasonable hope of securing home service in the near future. Whatever…. I’ll be back, one way or another, ffolkes… count on it, at least for the nonce….

5 thoughts on “All just a twist of the wrist….”