“The company of just and righteous men is better than wealth and a rich estate.”

Another day dawns, bringing with it the promise of change, as it does each morning…. How we meet that possibility can determine not only how goes the day, but, lest we find some alertness quickly enough, for many days to follow…. It would be swell if I could figure out a way to recapture the feeling of power and hope with which it has been my wont to greet the day; these days it’s more a feeling of resignation combined with the will required to actually move my aching bones out of bed….

Fortunately for me, and, quite frankly, for everyone else who may come into contact with me today, there is coffee. Also quite frankly, on the day anyone tells me I would have to give it up, or die, well, I’m afraid that’s the day I’d die, even if it were true. Harsh, maybe, but, true as the day. But, I digress….

Not bad for trivial, eh? How else to start such a grand day at the office. Oh, wait. Never mind. Well, the triviality part is true, so, we’re good, even if we don’t have to go into any office any more. Hey, look, it’s a literary device! What will he think of next to get out of actually coming up with a real introduction? Easy, duh…. Anything at all will do, since the only way to find out is to keep coming back to see. Hah!

Whoops. No teasing the GR’s, dude, or I’ll take away the time you’re allowed to access the keyboard. Who am I talking to? Why? Does it matter? It COULD be one of my alternate personalities, ala The Belle Jar. It could be robot I once used to write, the day I didn’t feel like it. Or, it could just be another device, which, for those of y’all who’ve been here before, is the surest bet for any real money. But, again, I digress.

Why look, ffolkes! It’s an intro. It’s of legal length, has been in and out of reality at least three times in four paragraphs, and is still at a point where it could fall into a mini-rant, had I less discipline. As it is, I’ll once again bow to the one fatal flaw we humans share, our tendency to go for what is most expedient, by using this as another plot device to get us the hell out of here, and, on with the slow, er, show…. What did you expect at these prices, eh?

“Don’t be confused by surfaces; in the depths everything becomes law. What is necessary, after all, is only this: solitude, vast inner solitude. Walk inside yourself and meet no one for hours–that is what you must be able to attain.” — Rainer Maria Rilke

The Divine Miss M in Flight

Image from wsj.com via Google Images

Okay, so, the recording quality on this one isn’t the best; You Tube can be inconsistent, depending on the age of the recording and the skill of the recorder. But, Bette’s laser voice is in clear evidence, and that’s good enough for me…. Enjoy, ffolkes; she’s one of the best performers ever, in my opinion, with one of the most expressive voices I’ve ever heard. 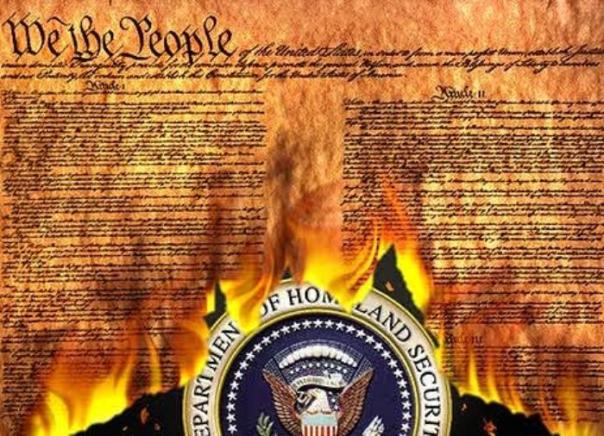 Having been offline so long, I’m still getting caught up to what’s been in the news of late (I don’t watch TV or listen to radio anymore….), my rants have little upon which to fix their focus, so, we’re dipping into the archives to sublimate…. Here’s one about the wealth gap, and the Asininnies, which I think remains relative…. Enjoy!….

“A power has risen up in the government greater than the people themselves, consisting of many and various and powerful interests, combined into one mass, and held together by the cohesive power of the vast surplus in the banks.”  — Johann L. Uhland (1787-1862) — Speech, May 27, 1836

Mr. Uhland is correct in his observation, if a bit slow in making it. In truth, most likely, the usurpation of the US Constitution and the Bill of Rights began within moments of its adoption as law, and has been continuing on a daily basis ever since. In the fight against that usurpation, a major battle was lost sometime around the middle of the 19th century, around 1836 or so, when a corrupt federal judge, at the insistence of his corporate masters, approved a legal decision that gave corporations the same rights as people, opening the door to further machinations by which the banks and corporations could, have, and continue to, steal from the public without consequence…..

Today, there is a new push to reform some of the laws that enable the moneylenders to control society as they do; the concept of corporate personhood is under fire by an enraged public, tired of the endless cycle of working to try to get ahead, only to find that there is no path visible to go anywhere but down. As that astute social philosopher, George Carlin, pointed out, they (the bankers and corporate rogues) don’t want a populace capable of critical thinking; they just want workers smart enough to operate the machines, but not smart enough to wonder why they are doing so for so little compensation.

Modern technology has, thanks to the Internet, made keeping this issue out of the public eye impossible, and the corporate stranglehold on society is being challenged much more often. In one sense, this newfound spread of information is holding back the needed changes, as a lot of energy is dissipated in the public discourse that might otherwise build up into the kind of frustration that leads to revolution, and societal upheaval. But, it is also making it much harder for the miscreants who want to control everyone else keep their machinations out of the public eye. There are too many holes for them to plug….

The power these self-serving assholes hold over the rest of us is accustomed to being able to hide from public scrutiny, and I’m sure there will be attempts made to curtail some of the information they are concerned about making common knowledge. In fact, according to some of my latest email updates from the EFF (Electronic Frontier Foundation), there are a number of bills trying to get forced through Congress, without public discussion when possible, that are intended to limit the freedom of speech that is currently unrestricted, for the most part. A recent setback occurred when an honest judge (i.e., one that stayed bought….) rewarded his corporate masters with a decision regarding cell phones that is a serious threat to a number of technological freedoms…. In other words, the fight continues today, and it is just as important today as it was back in 1776, and 1836, when the battle was joined…

The Beloved Ruling Class, and their corporate owners, will do all they can to limit the public’s awareness of what they are doing, and they will continue to try to erode the rights of the common man. They have, by their historical behavior, and their current actions, indicated their intent quite clearly… and that intent is to arrange matters so that what they want is law, and the rest of us can go fuck ourselves silly…. because they don’t care. These people are not concerned with anything that does not serve their own ends, and will lie, cheat, steal, and kill to maintain their power…. This is not supposition, this is fact, based on history, and on observation of current events….

I guess the only real question to be answered is, how long are the rest of us going to allow them to have their way? They are killing us all with their indifference to anything but their own purposes, and we are letting them do it. Myself, I’m getting a bit tired of it, and would like to see society become a bit more active in the resistance shown to the chicanery toward the rest of us, all perpetrated by the Powers That Be… up to and including revolution…. But, then, that’s me…. I’m a bit impatient, and I’m tired of their shit….. I’m hoping more people are getting that way, as our only hope of survival in the long run is to kick the bastards out….. 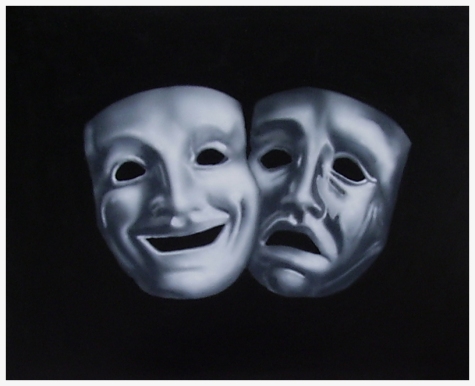 Only when the bright sunlight of dreams draws nigh
can the dark glass of reality factor true value..
Destiny’s horses run in fear as time goes dry,
for grappling with fate in such traitorous venue.

In pallid costumes made of graven cast-off tales,
fallen angels and demons show the measure of faith.
No sad transactions should escape these well-marked trails,
no angry relatives cast insults to a sedentary wraith.

Meaning can always hide in literal cold intent,
yet show mere facets of honor to perishable youth.
Sincere contentions leave with sorrowful bent,
while bastardly arguments fill in poorly for the truth.

Gone are moments filled with florid blasts of rhyme
left to moulder on the shoulders of unreasonable hope.
Only courage can save these measures of unspoken time
to gather new issues, powerfully broad, painful in scope.

This is what I’d call a pearl of destiny… Oh, not because I believe in destiny, naturally; way too constricting, especially if one attempts to account for reality. But, I digress. I call it that because it just sort of found its way to where it needed to be, all on its own. All I did is keep hitting the correct key to examine the next random oyster to find the right pearls. At first, it seemed to head one way, then veered off in another, finally settling in the form you see before you. Actually, I like the way it turned out, a lot; it has, if I may say so, a certain elegance, which can be a good indicator of the quality of the results…. You tell me, and, please, enjoy the exercise…..

“knowledge is a polite word for dead but unburied imagination….

“What kind of conflict do you like? Where will you jump in and fight the good fight — body, heart, mind or spirit? If you say you don’t like conflict at all, then you have stopped growing, because it is only through engaging differences to find common ground or to triumph that we become new and invigorated. Pick your battles, but always have some place you embrace conflict.” — Callan Williams

“In charity there is no excess.” — Francis Bacon

“Great occasions do not make heroes or cowards; they simply unveil them to the eyes of men. Silently and imperceptibly, as we wake or sleep, we grow strong or weak; and at last some crisis shows what we have become.” — Brooke Foss Westcott

WARNING:  The Meaning Of Life Is Subject To Change Without Notice. — Classic Smart Bee

“Any fool can know. The point is to understand.” — Albert Einstein

“The value of life lies not in the length of days, but in the use we make of them… Whether you find satisfaction in life depends not on your tale of years, but on your will.” — Michel Eyquem de Montaigne (1533-1592), 1580

“My life is light, waiting for the death wind,

Like a feather on the back of my hand.”

Well, we’re up a bit late, so this is a bit late getting posted; oh, well…. Such is life in the blog world, so they say; of course, nobody listens, but, hey, they said it, and it’s got to count for something!…. Enough, she said. I’ll see y’all tomorrow; as I’ve noted previously, nothing seems to keep me from doing it, so, why not, eh? See ya…..