“Just by choosing where you stand,
You alter your destiny.”

Hajime…. Finding our natural rhythm, once lost under the sands of time and circumstance, can take time, even if one is treading the proper path. The damage done by neglect over time is just as deep as that incurred quickly, adding to the frustrations that come with any such effortful task. But, small steps get one to the same place as long strides, thus taking the time needed to make sure one remains on the correct path. Or, as is commonly stated by those wise ones on the streets, “Keep on truckin’!….

All that said, it merely means I’m late again; different reason, but, the rhythm remains the same. The result is, I’m again sitting here, with nothing really done for this Pearl, beyond picking a picture for the top, and a couple quotes to go with it. Such is the life of a blogger, I suppose, meaning I’d best get to it….

Some will be fresh, but, some will be either archived, or, someone else’s work that fits in with today’s theme, whatever it is…. I’m not the person to ask, because I couldn’t tell you until it’s nearly done; I never know until then, as the process demands a certain degree of unconsciously directed thought and choices…. Trust me; I’ve been doing this a while now; it’s best not to fuck with the process, lest it fall apart at the seam…. Only the one, so, we try to be careful….

Sure we do….. Regardless of any near-untruths we may use here in the intro, we/I do try to avoid it altogether; if seen here, one may regard it as a necessary nod to expediency, and forgive us our trespass…. Or, not; we/I care not…. Just trying to be like the universe….. Innovative, unpredictable Change, often more rapid than we can believe, or handle, is the Norm, so, we/I do try to keep up in that respect. To do so today, and, in the interests of maintaining the small degree of efficiency so far displayed this year, I’ll get us over to the oyster beds the most efficient way, with my mind, and the power of the Metaphorse…. Watch closely….

“The most precious gift we can offer others is our presence.
When mindfulness embraces those we love
they will bloom like flowers.” 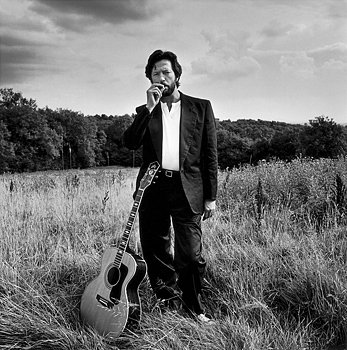 Image from http://www.last.fm via Google Images

I feel like some of the Best this morning; for me, as a guitar playing singing fool, there’s only one guitarist who can claim that title today…. There may be someone better than Eric, but, I’ve never heard them, or seen them, so….. he’ll do for today…. Enjoy, ffolkes; this is as good as it gets…. Oh, turn it up….. All the way…..

I didn’t have time to rant, so, here is an old-school pearl of nine gems, beginning and ending with some appropriate comments from Shakespeare, on the subject of the Decline and Fall of the American Dream….

“There are those who claim that magic is like the tide; that it swells and fades over the surface of the earth, collecting in concentrated pools here and there, almost disappearing from other spots, leaving them parched for wonder. There are also those who believe that if you stick your fingers up your nose and blow, it will increase your intelligence.” — “The Teachings of Ebenezum, Volume VII”

“Blood is a cleansing and sanctifying thing, and the nation that regards it as the final horror has lost its manhood … there are many things more horrible than bloodshed, and slavery is one of them.” — Padraic Pearse

“Courses of action which run only to be justified in terms of practicality ultimately prove destructive and impractical.” — Mark B. Cohen

“Democracy is a form of government that substitutes election by the incompetent many for appointment by the corrupt few. In democracy, what you get generally is bad government by a bully, tempered by the pen of several newspaper editors.” — George Bernard Shaw — Man and Superman (1903) Maxims for Revolutionists: Democracy

“If knowledge can create problems, it is not through ignorance that we can solve them.” — Isaac Asimov

“A jury consists of twelve persons chosen to decide who has the better   lawyer.” — Robert Frost

“Bill Clinton’s tax-and-spend policies will create a recession in America.” — Vice President Dan Quayle in New Jersey, 10/19/92. — He did not go on to distinguish between the predicted Clinton recession and the current Bush recession. — (reported in the Philadelphia Inquirer, 10/20/92)

“He must needs go that the devil drives.”

INCOMPOSSIBLE, adj.  Unable to exist if something else exists. Two things are incompossible when the world of being has scope enough for one of them, but not enough for both — as Walt Whitman’s poetry and God’s mercy to man.  Incompossibility, it will be seen, is only incompatibility let loose. Instead of such low language as “Go heel yourself — I mean to kill you on sight,” the words, “Sir, we are incompossible,” would convey an equally significant intimation and in stately courtesy are altogether superior.” — Ambrose Bierce, “The Devil’s Dictionary”

So, after the quote, you expected someone else?…. Enjoy, ffolkes; definitely one of the treasures of humanity, right here on the page you see….

If I should need to name, O Western World, your powerfulest scene and show,
‘Twould not be you, Niagara—nor you, ye limitless prairies—nor your huge rifts of canyons, Colorado,
Nor you, Yosemite—nor Yellowstone, with all its spasmic geyser-loops ascending to the skies, appearing
and disappearing,
Nor Oregon’s white cones—nor Huron’s belt of mighty lakes—nor Mississippi’s stream:
—This seething hemisphere’s humanity, as now, I’d name—the still small voice vibrating—America’s
choosing day,
(The heart of it not in the chosen—the act itself the main, the quadriennial choosing,)
The stretch of North and South arous’d—sea-board and inland—Texas to Maine—the Prairie States—Vermont,
Virginia, California,
The final ballot-shower from East to West—the paradox and conflict,
The countless snow-flakes falling—(a swordless conflict,
Yet more than all Rome’s wars of old, or modern Napoleon’s:) the peaceful choice of all,
Or good or ill humanity—welcoming the darker odds, the dross:
—Foams and ferments the wine? it serves to purify—while the heart pants, life glows:
These stormy gusts and winds waft precious ships,
Swell’d Washington’s, Jefferson’s, Lincoln’s sails.

Short Shots on Life at Large

“O, well,
you win some, you lose some,
but you gotta get dressed for ’em all.”

“A Lie is still a Lie, even if you believe it.”

“Never let yesterday use up today.”

“What is defeat?
Nothing but education,
nothing but the first step toward something better.”

“When you are content to be simply yourself
and don’t compare or compete,
everybody will respect you.”
–
~~ Lao-Tzu ~~

“Give more than take.”

When all is done, human life is,
at the greatest and the best,
but like a froward child,
that must be played with and humoured a little
to keep it quiet till it falls asleep,
and then the care is over.

“Where does it go when you flush?”

Whew! I wasn’t sure I could do it, but, as usual, trusting the process, and, maintaining an unconscious direction, saved the day. So to speak.

What the hell? It’s done; in the final analysis, who gives a crap what else happened? We cannot afford such weakness; hence, this offering. I do hope you enjoy it, or, if nothing else, it pisses you off; any reaction will do…. See y’all tomorrow, ffolkes, as long as the world keeps spinning along….

13 thoughts on “A facility for gasping at flaws….”