“Only through time time is conquered.”

Galway, the morning after the Cup Finals…

Hajime…. Today’s post will not only be late, it will be weird, simply because I am. Weird, I mean. I’m up, after another decent night’s sleep, once again sans any sort of creative urge. My sense of duty is pushing me to get this done, and to do it right; my angst is telling me to blow it off entirely. Since that isn’t going to happen (remember: raised by a Master Sergeant….duty comes first, always….), I suppose I’ll get to it. Since I also know myself pretty well by now, the only possible outcome will be well within the definition of ‘weird’…. Go figure.

Or, don’t. I certainly am not going to even attempt any such mental effort today. I will do my best to come up with something readable, but, there’s that old quality thing that could preclude any such happenstance. I’ll definitely need to hit Smart Bee hard, and hope for the best. Plus, y’all can pretty much count on it getting posted late, since it’s already late now. In truth, I’m not really sure why I’m telling all of this to y’all; it certainly isn’t going to get it done any faster. But, I wanted to relate the sense of what is going on, which, essentially, is a morning of relative insanity, as I chase my own thoughts down to see what they’re up to…..

Okay, I may have pulled too many covers now. I really wasn’t going to mention how insane I feel, but, I guess that was never really off the table. At this juncture, the only option is to bail, which we will proceed to do, now. In fact, I’m getting really weirded out; I can’t seem to find the proper ‘voice’, or any sort of sense of continuity, from one word to the next. It’s patently clear, as well, none of these paragraphs are closely connected, in thought, or clarity of purpose. In fact, clarity may be considered a myth today.

As is also clear, from the wandering and dithering, if I don’t end this here and now, we’ll never get out of this intro. I did find a new toy, in a cabinet under the sink in the Tardis. Let’s push the button, & see if it works….. I got nothin’ else….

“The truth is more important than the facts.” 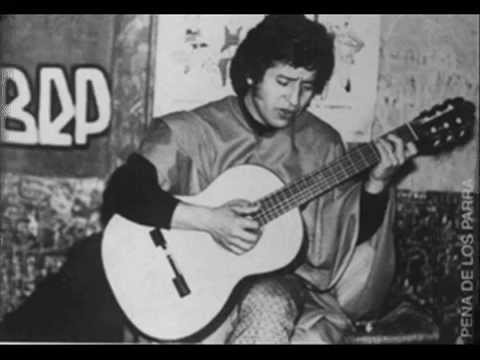 Image from lastfm.com via Google Images

A friend was listening to this artist, so I went to check him out. He was a Chilean singer/songwriter, an activist who protested & wrote music in opposition to the Chilean government, a military dictatorship at the time. He was murdered, at the order of one of General Pinochet’s staff, who has now been indicted for the crime. This album’s title pretty much defines the time, in my mind; it translates as The Right to Live in Peace…. Enjoy!….

“Anarchism is not a romantic fable but the hardheaded realization,
based on five thousand years of experience,
that we cannot entrust the management of our lives
to kings, priests, politicians, generals, and county commissioners.”

“Faith does not offer the least support for proof of truth.”

“Capitalism did not arise because capitalists stole the land,
but because it was more efficient than feudalism.
It will perish because it is not merely less efficient than socialism,
but actually self-destructive.”

This one seems appropriately silly for today…. Enjoy!….

‘Course, he’d lived a good long time,
‘n had lots of stuff go on by;
Went to a war, n’ lost a piece or two,
never once used it fer an alibi.

Without ever sayin’ the word itself,
Ah learned ’bout honor, ‘n helpin’ others
not some fake stuff from some shelf,
but, knowin’ whut’s right, ‘n that we’re all brothers.

Ah’ve been around long enough now, Ah think
to get around the block at least two times.
I s’pose long as my head don’t shrink
Ah’ll keep on doin’ right, ‘n makin’ these rhymes…..

All you need is….

“Can’t buy what I want because it’s free…”

“The best portion of a good man’s life is his little, nameless,
unremembered acts of kindness and love.”

“The more you love, the more you can love —
and the more intensely you love.
Nor is there any limit on how many you can love.
If a person had time enough,
he could love all of that majority who are decent and just.”

“You’re only here for a short visit.
Don’t hurry, don’t worry.
And be sure to smell the flowers along the way.”

It’s late, but, it’s done. So be it. As always, I’ll try again tomorrow, with, no doubt, similar results. Hey, the price is right, yes? Yes. On that note, I’m outta here, to go make a serious attempt to find some rationality. See y’all tomorrow, ffolkes, if we can work an assist from the Space/Time Continuum….

14 thoughts on “Punishable by wet laundrey….”