I still have a lot to accomplish out in the BBR today, so, here is a vintage Pearl for your perusal. It’s got some decent ranting, one of my better poems, and an interesting collection of comments. I’ll be back soon with a fresh offering, so, please keep checking back. I hope everyone in cyberspace is having a good holiday season, without too much of the capitalist frenzy taking its toll on your peace of mind. Be well, & happy as you may….

A little learning is a dangerous thing;
Drink deep, or taste not the Pierian spring:
There shallow draughts intoxicate the brain,
And drinking largely sobers us again. 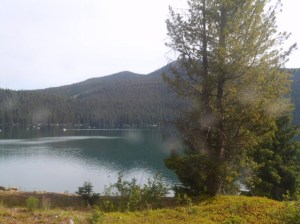 Rural Serenity/Scenes from a Train

Good morning…. As the first greeting between people to mark the opening of conversation, I suppose ‘good morning’ is the most common for the same reason many of our human interactions have evolved over the centuries, to wit: it’s innocuous enough not to piss anybody off, first thing. In a culture created by a creature which has turned the act of killing into high art, such grease to the social wheel needs regular application. Say the wrong thing to the wrong person at the wrong time (which fits just about any modern male in the morning, pre-coffee), one takes one’s life in one’s hands….