“Freedom is what you do with what’s been done to you.” 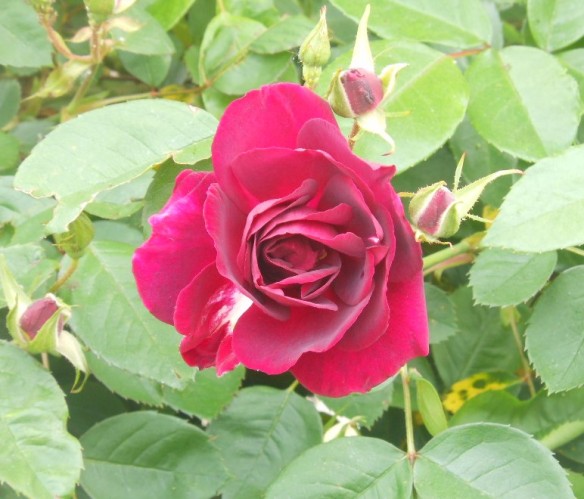 Good morrow… Though it’s good to be back on-line, I’m finding it problematic to accomplish all I’d originally intended to get done. The primary reason is my body’s newly-won physical capabilities and paradigms, which tend to push me out of my chair to go DO something outside, rather than here at the computer; so far, I’ve been unable to spend much time on other sites I wanted to catch up, as well as failing to get much writing done, on a personal level (no new poems, & the exposition’s stalled….),… SIGH…. It’s not really a complaint, more of a reluctantly honest observation…. I suppose the only thing to say on this is ‘c’est la vie’, with a resigned air; I won’t indulge in it any further, in the interests of efficiency.

Actually, some might say it’s all quite fortunate, at least for y’all, as it means I’ll be compelled, yet again, to skip any major nonsense here in the intro; doing so would only be indulgent, & I’m not certain I’m ready to take that on just yet. Instead, I’ll employ the very same method used thus far, which is the classic drop-off-the-cliff technique, & looks just like this….

“The value of life lies not in the length of days,
but in the use we make of them…
Whether you find satisfaction in life depends not
on your tale of years, but on your will.” 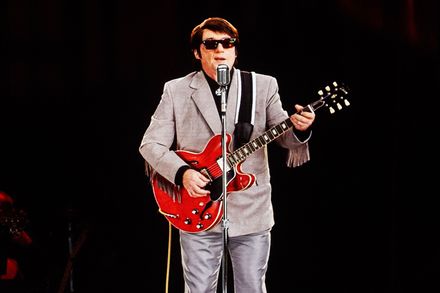 Image from RollingStone.com via Google Images

No introduction should be necessary for today’s musical selection. The videos I’ve included are from the Black & White Night concert; his last live performance before passing on. Below this, I’ve also included a link to Roy Orbison.com, where you can find memorabilia & music for sale, as well as news of a tour coming up beginning October 1, 2018, wherein holographic technology will bring Roy to life with live orchestration of new versions of his classics…. I hope you enjoy this one; he was a pretty special artist….

Do only what only you can do.”

“If you cannot find happiness along the way,
you will not find it at the end of the trail.”

“I used to wait for a sign, she said,
before I did anything.
Then one night I had a dream
and an angel in black tights came to me and said,
You can start any time now
& then I asked is this a sign?
& the angel started laughing and I woke up.
Now, I think the whole world is filled with signs,
but if there’s no laughter,
I know they’re not for me.”

“Fear is the lock and laughter the key to your heart.”
— Steven Stills

“Anyone who has had a bull by the tail
knows five or six more things than someone who hasn’t.”

There you have it, such as it is. I’ll bet you didn’t think I could get this far, did you? Just goes to show how far in today’s world expectations will get you, doesn’t it? We all must learn to live with reality, just the way it is, & this is merely a graphic demonstration of that simple, yet basic life lesson? Pretty nifty, eh? Well, regardless of how any of us think about it, that’s just the way it is…. so, deal with it. At least until I can figure out how to do this again, whereupon we can all breathe a deep sigh of, if not joy, at least relief…. Ta, then, luvs. Stay strange….