Ffolkes,
Some days making the effort to get up out of bed seems less attractive than others, to be sure. Especially when one’s first arising from bedside is accompanied by a great deal of pain, such as today. The effort it takes to get standing all the way up is, to say the least, excessive. Walking is problematic, as every motion seems to aggravate the lower back, where my spine enters the girdle of the hips. Every muscle in my lower back is tight, like a piece of wood, while the mid- and upper-back muscles are poised in anticipation of spasms (those that aren’t already seized up, like those under the scapula…..).  Such a joy….

Of course, this is not a particularly new event; it’s like this probably 3 or 4 days out of 7. Most days I awaken with pain level around 3 or 4, and try to keep it from exceeding 5 during the day’s activities. Days such as today, however, when I begin at level 6 or 7 upon arising, make it hard not to just take a pill and go back to bed…. thus avoiding the greater levels of pain I know will come, as the already painful muscles tire and stiffen further…. it’s a grand life, to be sure, but it’s mine, and it’s all I have, so I’ll just have to deal with it, now, won’t I?  Yes, I will….

And as such is the case, I refuse to give in to it. I won’t go back down, I will stay up until I cannot take it any more, and try to do whatever I can to stretch the muscles enough to ease some of the stiffness that I live with. Some day, when I finally am awarded the money that SS owes me (money I myself put into the system for just this purpose, that they are so far unwilling to share….) one of the first things I’ll do is get myself a massage. One can only understand the reduction of muscle tension as true freedom if one has experienced this kind of unrelenting pain, pain that never stops, and never allows one’s muscle’s to relax enough to feel normal. When it is released at last, the sense of release and relief is more than I can express; it is nothing less than true bliss…..

I’m sorry…. I can’t do it today…. I’m trying to behave normally, just as if I wasn’t in severe pain, and it’s just not working today…. so I’m going to cheat… for today’s Pearl, I will post below a number of pearls, and a couple of pictures that inspire me in some way, whether for their extreme cuteness, or for their beauty…. that’s about all I can manage this morning, then I’m going to try to deal with the pain, somehow… though what I’ll do is not known at this point…. anything is better than this….. so, here are some pearls and pictures for your consideration

“It is inaccurate to say that I hate everything. I am strongly in favor of common sense, common honesty, and common decency. This makes me forever ineligible for public office.” — H.L. Mencken

“And it does matter.  An honest man or woman is an honest man or woman more because he or she is honest in the small, everyday things that “don’t matter” individually, but which make up a well-lived life, than because of some single great temptation that was passed.  A person who is concerned about individual rights or about individual dignity makes his or her difference not because of any sweeping great statement or action, but because of the accretion of small, individually seemingly insignificant acts that spread that dignity and confirm those rights through every action they take.  It matters because every action you take, and every action I take is an expression of the human spirit.” — William Oliver (oliver@uncmed.med.unc.edu) 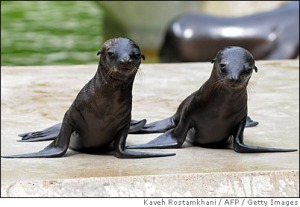 What’s the most popular order at the Zen hotdog stand? Make me One With Everything! — Smart Bee

“Wickedness is a myth invented by good people to account for the curious  attractiveness of others.” — Oscar Wilde

I wish I had found this earlier….it’s a good one to describe this morning’s progress…..

Finally….. the origin of the phrase, “picture perfect” from Carol Welsh’s blog:  http://carolwelsh.wordpress.com/, where you can find many such photos as this one….

That’s all I’ve got today ffolkes…. sorry ’bout that, but I can barely keep myself from throwing the extra monitor through the window. I’d do it for the tension release, but it would no doubt make my back hurt worse than it already does.  Tomorrow I’ll write a real Pearl, as I’m sure by then I’ll have plenty of mental energy built up to get it done. Today is pretty much a foregone conclusion, so I’d best be getting to it… Y’all take care out there, and May the Metaphorse be with you….


—
Sometimes I sits and thinks,
and sometimes
I just sits.

14 thoughts on “Are we sure they’re knobbly?”