“Belief is the death of intelligence.” 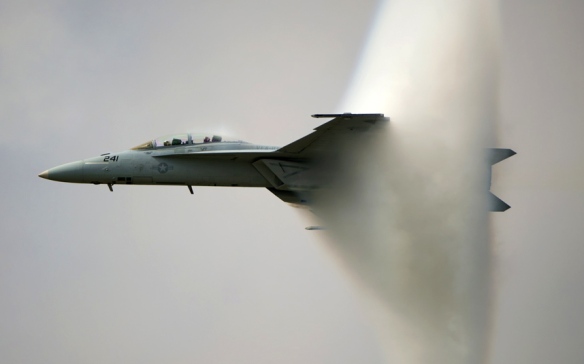 I’ve come to learn, over the past three years, there will be days like this. In my world, such days tend to defy description, even for me; I seem to have no issues whatsoever with spouting off on virtually any subject, logical, realistic, or otherwise…. Of course, part of that is due simply to my nature, which is rather crusty from the outset. When one is the middle child of five, it happens. We middle kids get the brunt of the other four siblings’ attempts at manipulation, which took the form of violence, or crying, as we are the perfect target. One can’t beat up the bigger ones because, well, they’re bigger, and can’t beat up the little ones because a) it isn’t fair, and, b) Mom & Dad would paddle ME.

So, we learn our own methods of coping, often having to do with learning stealth, with a healthy dose of our own forms of manipulation. One must, after all, maintain a certain degree of dignity in life…. Naturally, this dignity lasts only as long as we are at home; the world at large tends to alter or adjust whatever attitudes we may take on during our early years, teaching an entirely different set of lessons in how to deal with what life throws in our path. SIGH…. Sometimes, I think it really WOULD be nice if there were some supernatural entity up there somewhere in the sky, taking all the responsibility for all that happens to us; it would be more comfortable than the way the universe is actually constructed; in the real world, reality couldn’t care less what we do, or what happens to us….

I guess that’s too scary for most folks, so, they latch onto whatever religion or set of beliefs that allows them to blame the universe for all the crappy stuff that happens, completely ignoring the fact of their own culpability, or to acknowledge any such concept as Karma, which presupposes we are completely responsible for both…. we bear the responsibility for what we do, and we bear equal responsibility for what happens to us. Most folks can’t accept that responsibility, so, they give up the right to think for themselves, allowing a bunch of manipulative liars to decide for them what they should believe, even though it is one of the most unbelievable stories I’ve ever heard….

Ah well…. I’ve already come far too close to ranting mode here, without intending to do so; I think I’ll show a bit of restraint, by stopping here, so we can try to get something else done before it’s too late to get anywhere worthwhile…. Of course, we have yet to ever get to any such place, but, we do try…. Maybe this time it will work…. All we can do is all we can do….

I’m in the mood for some smooth, easy listening…. here is a mix with four hours worth of that very thing…. Enjoy, ffolkes….

“Sigh… Every day I thank my statuette of Wilma Flintstone that  I was born normal.” — Zippy the pinhead

Due to circumstances completely within my control, there won’t be a fresh rant today; I’m not even going to tell you why. I will, however, supply y’all with a short discussion from the archives, just a quick indictment, and a reminder what we see happening in the world today is merely more proof of the old saying…. same shit, different day….

“I worry about my child and the Internet all the time, even though she’s too young to have logged on yet. Here’s what I worry about. I worry that 10 or 15 years from now, she will come to me and say ‘Daddy, where were you when they took freedom of the press away from the Internet?'” — Mike Godwin

This is something all of us should be thinking about, now that the Bill of Rights, which ostensibly assures us of freedom of speech, has been nullified by another homeland insecurity authorization, approved by our beloved ruling class, including the great Hope, Obama, who stealthily signed it on New Year’s Eve, when he knew nobody was watching too closely. Effective the next day, all of our protections as citizens against being unjustly accused or held in jail without cause or review, free speech, the right to assemble to protest grievances, all of those rights are now null and void. Any American citizen can now be arrested without warrant, taken to undisclosed locations, and tortured (yes, I said tortured; if you don’t believe me go read the damn thing yourself), all because they are SUSPECTED of being in, or aiding a terrorist organization. No evidence, no proof required, merely suspicion.

In addition, the authorities who are authorized to carry out these unconstitutional actions are not required to tell anyone, and there is no judicial or any other oversight; no warrants needed for any of this, and they don’t even have to tell anyone they have done so. It’s enough to make me go out and buy a gun….and prepare to use it. I guarantee that anyone who tries to do this to me will have bitten off more than they can chew; I’m not a pacifist, and I am a free man; I will protect my own rights, thank you, and I will do that until either they give it up, or they’re dead, or I’m dead. No compromises here, folks. I have no intention of being a victim of these assholes, and I suggest to all truly free Americans that they keep their weapons handy, and their powder dry…..

“….secrecy is the keystone of all tyranny. When any government, or any church for that matter, undertakes to say to its subjects, “This you may not read, this you may not see, this you are forbidden to know,” the end result is tyranny and oppression, no matter how holy the motives. Mighty little force is needed to control  a man whose mind has been hoodwinked; contrarily, no amount of force can control a free man, a man whose mind is free. No, not the rack, not fission bombs, not anything–you can’t control a free man, the most you can do is kill him.” — Robert Heinlein, Revolt in 2100, “….If this goes on….”

Here is a poem I wrote in response to one of those school shootings we see every now and again, so the BRC and the Asininnies have a chance to try again to curb our right to own guns…. It’s much easier to work people up into a frenzy when they have incidents of insanity like those to point to; I only wish people would remember those in charge only use those incidents to manipulate the public into doing what they want them to do, which is to be afraid…. of nothing much….

If I were compelled to classify this pearl as to type, I don’t think I’d be able to do so; it defies explanation pretty thoroughly, from what I can tell… As far as I CAN tell, it’s merely observations of reality, with a slight twist toward how to cope with it, in whatever form it assumes…. Or not. Who cares? I’m done now…. No worries, ffolkes, they make excellent operational notes…. The last one is particularly cogent, I think….

“Much may be known of a man’s character by what excites his laughter.” — Goethe

“When a man is wrong and won’t admit it, he always gets angry.” — Thomas Chandler Haliburton

“If a man insisted always on being serious, and never allowed himself a bit of fun and relaxation, he would go mad or become unstable without knowing it.” — Herodotus

“A bee is not a busier animal than a blockhead.” — Alexander Pope

What we leave behind is not as important as the way we lived.” — Smart Bee

As I said in the previous section, I’m done. More than done, actually; I blew past done & went straight into bail mode. That, of course, is why you see this ending right here, and right now, rather than later. We do try to at least pay lip service to some sort of routine, even if it’s all an illusion. Y’all should be used to that by now…. See y’all tomorrow, ffolkes, and thanks for dropping by….

6 thoughts on “Pete thinks it shouldn’t do that….”