“When you look into the eyes of friends,

there is a feeling in your heart that will never end.” 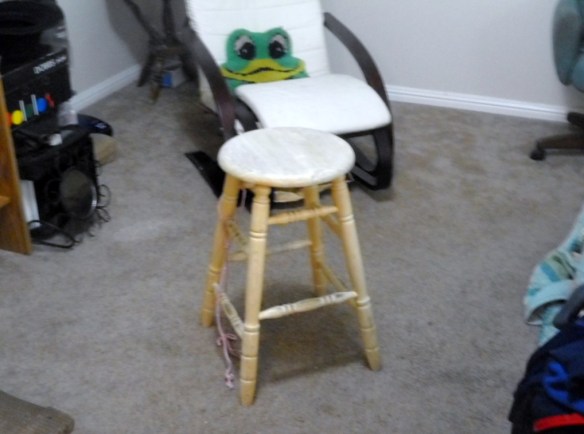 Hajime…. Patience can be hard. Since to explain that would eliminate all the style points I made for not complaining in the first place, I think I’ll just say I’d like to see anyone ride a unicycle with one foot tied behind their back, as I have been for many moons now, while fighting off the pain I’ve had the past three days, and still be patient. But, anyone trying wouldn’t be interested in why it should, or shouldn’t, have been brought up at all. Then, we could point out how non sequitor that was, and go on to the next paragraph.

Sorry. Got lost there, trying to find my way back to my original thought, and got completely twisted around, until there was no sense or meaning left at all. I am more confused than when I began, too, so I guess it has a bit of a cumulative effect. That’s a little scary, given the time of day, and our own status as elements of randomness, at large in a world we never made.

I’ve notice something rather important. I’m not really here. My head is here, making my hands type, but, in truth, my mind is turned to sleep, which has again eluded me for three days, with no end in sight to the lack. My absence probably explains, or at least, highlights, why the first two paragraphs went rogue so fast. I just don’t have enough spare neurons just now to do this with any panache. Rather than fall below what standards we DO have, I’ll have Guido take us over to the oyster beds, and we can get this slow on the road…. You first….

“It is not enough that we swallow truth: we must feed upon it, as insects do on the leaf, till the whole heart be colored by its qualities, and show its food in every fibre.” — Coleridge 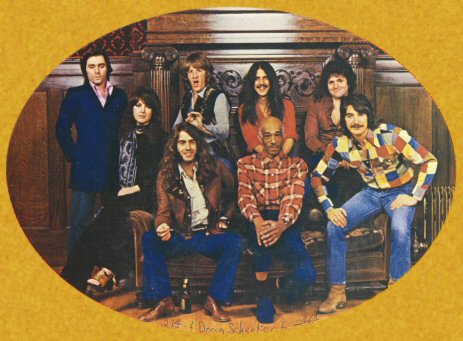 Image from metrolyrics.com via Google Images

Today, we’re going deep into the past; I almost brought out the Tardis to help. Here is another iconic San Francisco band, which evolved out of the Jefferson Airplane of Haight Ashbury/Summer of Love fame,. Yep, that’s Grace Slick, Jorma, Jack, Papa John Creach, and the rest of the band responsible for many of the finest songs of my youth…. Enjoy, ffolkes…. Hey, why not? Oh, I’ll remind you rock & roll sounds better if you turn it all the way up…. 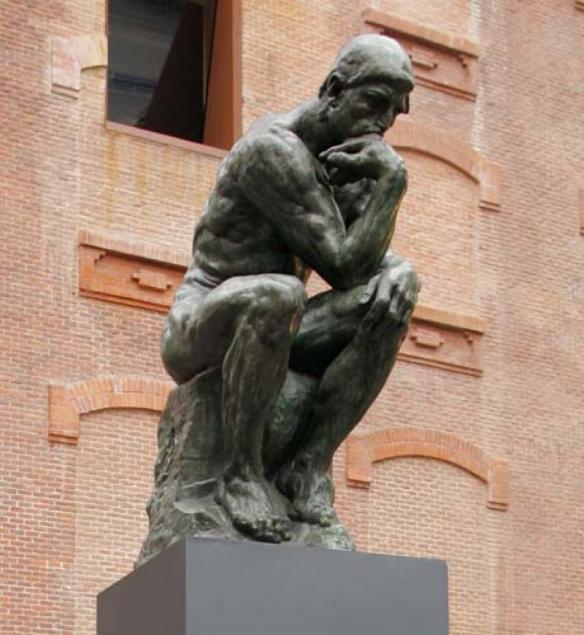 It’s been a bad day and night; suffice to say I’ve another one to forget. Here’s a discussion from the beginning of 2013, regarding ethics, and more…. Enjoy!….

Yesterday, on Monday, the 18th, another blogger came by the blog to read my post, and made the comment below…. It was such a compelling comment, I am reproducing it here, verbatim, to attempt to give it the attention it deserves, as a very good question indeed….

“I just finished a book by the NY Times ‘The Ethicist’ called Be Good. It was about how to be ethical in various practical circumstances. It made me realise how little I care about being ethical in many minor ways. Just by living it seems that we inflict suffering – it’s impossible to be completely in the right at all times, or for one’s impact on the world to be only good (car driving, for instance, or milk drinking). So the aim is to minimise the bad rather than eliminate it – every bad thing not done is something to feel slightly better about.???” — butimbeautiful, 2/18/2013

In the final analysis, I agree with the part of this that states that it isn’t possible to be perfect in our attempts to be completely ethical, without entering into the realm of good vs. bad, and having to make a decision that is not exactly the most ethical, or that will cause pain or hurt to another. Sometimes, as is pointed out, we must do so for the sake of our own safety, or for another ethically acceptable reason, but, mostly, it turns out to be a decision based on expediency, or, what is most convenient, or most comfortable, for the person making the decision. Ms. beautiful surmises, then, that the aim should be to minimize the effects, and to accept the karmic burden without guilt over things we cannot control….. if I am reading it right….

I am compelled by my own beliefs to disagree, to a certain extent…. In my mind, ethical perfection is a goal, one that we are constantly trying to reach…. Once we start lowering our own standards in the struggle to reach that goal, we take the risk of allowing this expedience to become an acceptable reason to abrogate our duty; it becomes not an anomalous decision, but a common one, used any time we have our own reasons to not wish to comply with a certain ethical request, or decision to be made. There is an old saw about the “slippery slope” one enters when deciding to make ethical decisions, and this is exactly what it refers to…. taking that first step onto the slope is risky, and often disastrous…..

I think it is better, most of the time, to try to maintain one’s ethical standards, no matter the cost to my own feelings, or to anyone else’s. The respect I gain for myself by doing so can easily outweigh any guilt or discomfort I might feel from having to let my standards down, and makes the effort worthwhile, in my mind. I’m not always going to succeed, as I am human, like everyone else, but, if I can, I will NOT lower my standards for the sake of expedience….

So, I guess what I’m saying is, I agree that we, as humans, cannot always meet the ethical standards we set up for ourselves…. but, it is a mistake to believe that not meeting those standards is okay…. I think that ethical perfection is not only possible, but critical, and the practice of always trying to maintain one’s standards is worth the pain it may cause, both to myself, and to others…. because, in the final analysis, I refuse to give up my self-respect for the sake of expediency, that modern society forces us to confront every day….. Patting myself on the back for NOT doing bad isn’t the same as doing good, no matter how logical it may seem….

In my head, all these arguments and discussions eventually get to a point where the easiest way to express my own thoughts on the matter is to bring in one of my oldest pearls, one I’ve used often, one that fully explains, and fully expresses my feelings on morality and ethics…. I will use it now to finish off this pearl, before it gets any more cumbersome…. just pay attention to this one, as it forms a large part of my own personal view of life, and how it should be lived…..

“Do not confuse “duty” with what other people expect of you; they are utterly different. Duty is a debt you owe to yourself to fulfill obligations you have assumed voluntarily. Paying that debt can entail anything from years of patient work to instant willingness to die. Difficult it may be, but the reward is self-respect.
But there is no reward at all for doing what other people expect of you, and to do so is not merely difficult, but impossible. It is easier to deal with a footpad than it is with the leech who wants “just a few minutes of your time, please — this won’t take long.” Time is your total capital, and the minutes of your life are painfully few. If you allow yourself to fall into the vice of agreeing to such requests, they quickly snowball to the point where these parasites will use up 100 percent of your time — and squawk for more!
So learn to say No – and to be rude about it when necessary. Otherwise you will not have time to carry out your duty, or to do your own work, and certainly no time for love and happiness. The termites will nibble away your life and leave none of it for you. (This rule does not mean that you must not do a favor for a friend, or even a stranger. But let the choice be yours. Don’t do it because it is “expected” of you.) ”

— Lazarus Long, in Time Enough For Love, by Robert Heinlein. 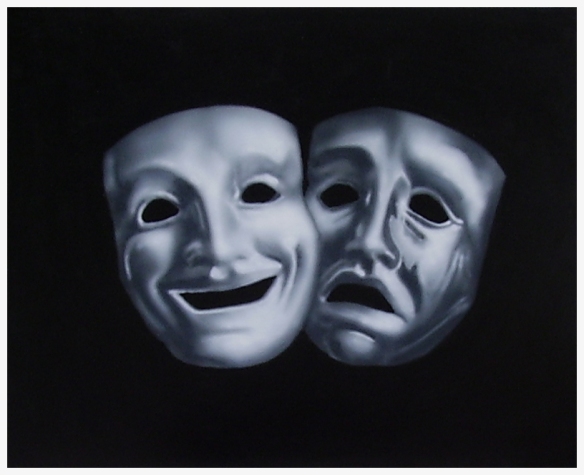 Gently Came a Wounded Child
But you shall not escape my iambics.

Soft, sinuous patterns of unearthly beauty
blithely commune with sinking stars,
as pale shadows of former virtue hover
near, ever clean, ever tolerant.
These unbidden habits are worn with age and care,
ready now for dissolution,
welcoming gladly the kiss of Death’s handmaiden.

Unknown to all, the child stands aside,
weeping for the lost days of youth,
days that now shall never be,
nor yearned for ever after.
Only darkness shall lay upon the landscape,
cold, hard, eternal.

Such then are the signs and portents
as we enter into the unknown future,
they are grave indeed.

Uncertainty will be our sole companion,
as the search for hope yields no result.
The lamentations of the gods
shall sound the elegy for Man,
who never learned to see the gift that was made,
so many echoes ago, in the hopeful past;
thus will we pass this plane of existence
as we came, baffled and afraid…. 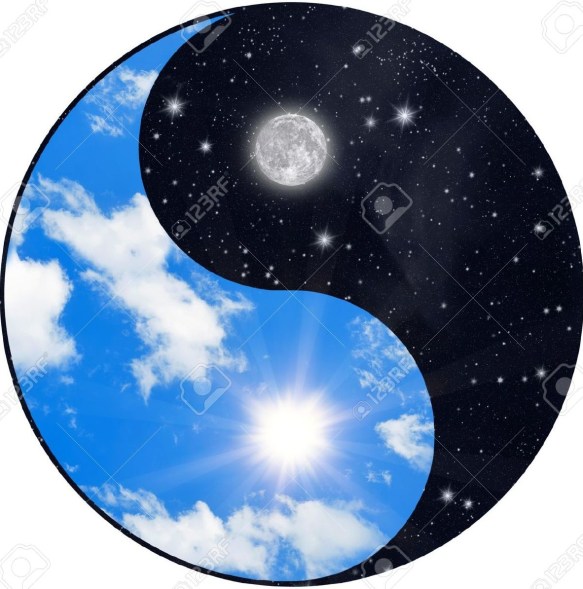 “Is truth not truth for all?”

“All cats are NOT gray after midnight.  Endless variety …”

“An ass thinks one thing, his rider another.”

“”Why Not” is in fact an excellent reason.”

“His own character is the arbiter of every one’s fortune.”

“Our real self, the soul, is immortal.
We may sleep for a little while in that change called death,
but we can never be destroyed.
We exist, and that existence is eternal.
The wave comes to the shore,
and then goes back to the sea;
it is not lost.”

I’m not going to make any excuses, but, I’m tired. All I can think of is sleep. I’m going to go try to find some. See y’all tomorrow, should I wake in time….. 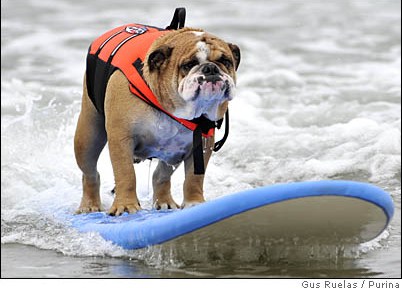 28 thoughts on “Baffling signs of regeneration….”