Hajime…. Most ffolkes, when able to sleep in a relatively normal fashion, probably wake up feeling pretty good. I can only wish that were the case with me, for it would sure be nice to wake up that way on occasion. As it is, even though I managed to garner six good hours of rest, I am in a foul mood upon awakening. Don’t ask me why, because, apparently, even that pisses me off; I asked myself that simple query, & damn near tore my own head off. This, sadly, leaked over to the point where even Leelu’s morning attention-seeking behaviors prompted a blow-off of steam out of my ears, along with some creative cursing, which probably shocked her delicate sensibilities…..

Now, of course, I can add guilt to the mix, as there’s no reason to take my angst out on an innocent cat (if there be such a thing….). Even though, by now, she ought to have figured out when to leave me be, there’s no justifiable reason to take my feelings out on any creature not deserving of it. So, I’m going to take a break, make up with her, then come back to finish this missive, such as it may be with all the handicaps I’m experiencing in getting it done. I did manage to finish some of it yesterday, during breaks in the fog in my head, which has been slipping in & out of my consciousness for a week or more. The rest will have to come out of whatever is in there this morning…. So be it….

It’s days such as this which make me wish, strongly, for a God upon which to blame the universe. It would be so convenient, if I could only bring myself to believe in such a convenient delusion. But, I can’t, so, that makes it my responsibility to pull my own chestnuts out of this fire…. Again, so be it. If I don’t, it won’t get done. To give us half a chance to do so, I’m going to take that break now, then return, & go on from there. Wish me luck, ffolkes; I have a feeling I’ll need some….

“The man who carries a cat by the tail
learns something that can be learned in no other way.
He will never be dim, or doubtful.
Chances are, he won’t carry the cat that way again;
but, I say, if he wants to, let him!”

Image from http://www.youtube.com via Google Images

My friend, chuq, who has a blog called In Saner Thought (here: https://lobotero.com/ ) told me he was listening to this yesterday. I hadn’t thought of it for a long time, so, naturally, here it is today for your listening pleasure. An iconic album, with three of the best of the time, playing together with verve, and genius. Enjoy, ffolkes; it doesn’t get much better than this in the rock & roll world….

“Hate, the price you pay
For thinking you got the only way…”

As iterated above, my state of mind is rather, well, shitty. Trying to rant would, probably, not be a good idea, as the results could conceivably bring charges. Since my lawyer is on permanent vacation, we won’t go there. I’m already feeling enough self-inflicted guilt, so, rather than torment y’all with another piece from the archives, I’ve cobbled together a self-directed rant for your reading pleasure…. Maybe, if I do it right, it will soothe my angst well enough to get through the rest of today sans any further debilitation. (Good luck with that, I’d say, but, hey, it counts that I’m making an effort, right?)….

So, with the opening lines from Blues Traveler echoing in your head, follow the bouncing thoughts through the seven pearls below, and you will find yourself at the end of a perfectly decent rant against the machine, and my work will be done for the day. Even if you end up confused, well, such is life, and that may be even more of a lesson than anything I can provide. Either way, it gets us down to the next section, so, we’re going with it, regardless of how it may appear, or, for that matter, not appear. So be it…..

“The revolution WILL be televised, but you’ll only be able to understand it if you don’t watch the television coverage.” — Russ Nelson

“It is forbidden to kill; therefore all murderers are punished unless they kill in large numbers and to the sound of trumpets.” — Voltaire

“If you can see in a given situation only what everybody else can see, you can be said to be so much a representative of your culture that you are a victim of it.” — S.I. Hayakawa, educator and politician

“History is a pack of lies about events that never happened told by people who weren’t there.” — George Santayana

“Much that is dreadful and inhuman in history, much that one hardly likes to believe, is mitigated by the reflection that the one who commands and the one who carries out are different people. The former does not behold the sight and does not experience the strong impression on the imagination. The latter obeys a superior and therefore feels no responsibility for his acts.” — Friedrich Nietzsche

“Well, it just seemed wrong to cheat on an ethics test.” — Calvin 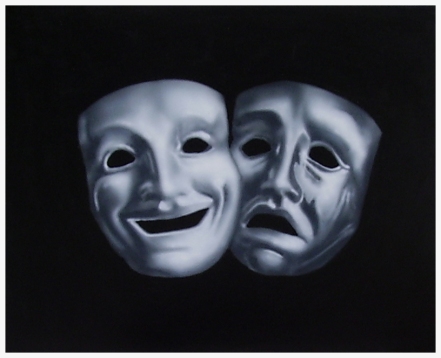 Today’s poem was selected simply for the title, which fits into the obvious theme for today…. From a bit over a year ago, during my time in Hell, I give you my lamentations….

Stupidity ’tis said, is a risky choice;
the price is always the same.
Reality has no pity, no warning ever voiced,
only a gravestone, carved with, our name.

Our final pearl for the day is fresh. It’s rather abstruse, from what I can tell, but, it’s all pretty clearly a lesson in life at large. Since it’s the only part of today’s Pearl that is relatively fresh, it can stay, no matter how it comes across…. I do hope you enjoy it; it IS pretty good, which means it may not entirely fit in with the rest, but, fuck it. I’m not in a mood to care…. Enjoy, if you will….

“As far as we can discern,
the sole purpose of human existence
is to kindle a light of meaning in the darkness of mere being.”

“What you leave behind
is not what is engraved in stone monuments,
but what is woven into the lives of others.”

“… denn da ist keine Stelle, die dich nicht sieht.
Du musst dein Leben andern.”
(… for there is no place that does not see you.
You must change your life.)

“To demand ‘sense’ is the hallmark of nonsense.
Nature does not make sense.
Nothing makes sense.”

*******
“For after all what is man in nature?
A nothing in relation to infinity,
all in relation to nothing,
a central point between nothing and all
and infinitely far from understanding either.
The ends of things and their beginnings
are impregnably concealed from him in an impenetrable secret.
He is equally incapable of seeing the nothingness out of which he was drawn
and the infinite in which he is engulfed.”

Well, ffolkes, there you have it. Since I already know just how good this one isn’t, we’ll leave it all to chance, and go post it while I’ve got the chutzpah. Which may not last too long. I’ll be back tomorrow, if only to make sure this isn’t the final words you hear from me. I don’t think I’d be able to live with that. See y’all in the morning, ffolkes, if I decide to let myself live…. Not to worry, that’s just rhetoric…. accurate, but still rhetorical. See ya….

18 thoughts on “Passionate barbers will suffice….”