“Water go down the hole…”

Meditation on the Bay….

Hajime…. My usual routine for posting a Pearl comes with an arbitrary deadline, of 0600, a time I chose back in the early days, when sleep was an uncommon event. Since achieving a degree of physical stability, meaning I could sleep more regularly, I’ve kept it at the same time, to give myself a target at which to shoot. Today, I missed the target by a wide margin, thanks to my sleep being thoroughly disrupted by my resident furry extortionist, who wanted to play all fucking night, without any consideration for what I may have wanted…. The upshot is, I am up late, and in a foul mood, neither of which bodes well for being able to write with any panache, or, for that matter, comprehensibility. Hell, it’s all I can do to keep from tearing my hair out, & I don’t have much of it left…

Fortunately, I had already finished most of today’s mess, so, I’ll merely curtail any impulse to attempt to overcome my handicaps, and put aside any unwarranted desire to furnish this with any foolish attempts at wit or erudition. Instead, I’ll make this the final introductory paragraph, and try to go with what little flow I can find. To do so is, also fortunately, relatively simple; all I need to do is this….

“If at first you doubt, doubt again.” 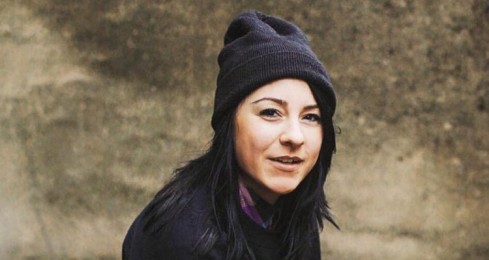 Image from belfastvibe.com via Google Images

While on my recent binge of watching talent shows on You Tube, I heard this young woman audition for Britain’s Got Talent, wherein she played a song she wrote, called “Tea and Toast”. It was, to say the least, a great audition, for she played her guitar & sang with a unique style, as well as lyrics that displayed wit and insight. I then visited her website, where I found she had released an album, and a short four-song CD, both of which I bought. All her songs are fresh, lyrical in a unique way, and delightfully witty. I think one day, fairly soon, she’ll be commonly known as one of music’s brightest new stars…. I hope you enjoy listening to her as much as I do….

‘Course, he’d lived a good long time,
‘n had lots of stuff go on by;
Went to a war, n’ lost a piece or two,
never once used it fer an alibi.

Without ever sayin’ the word itself,
Ah learned ’bout honor, ‘n helpin’ others
not some fake stuff from some shelf,
but, knowin’ whut’s right, ‘n that we’re all brothers.

Ah’ve been around long enough now, Ah think
to get around the block at least two times.
I s’pose long as my head don’t shrink
Ah’ll keep on doin’ right, ‘n makin’ these rhymes…..

There and back again….

“It is only when we forget all our learning that we begin to know.”

“I’ve wrestled with reality for 35 years,
and I’m happy, Doctor, I finally won out over it.”

“Madness need not be all breakdown.
It may also be breakthrough.
It is potential liberation and renewal…”

“One kernel is felt in a hogshead;
one drop of water helps to swell the ocean;
a spark of fire helps to give light to the world.
None are too small, too feeble, too poor to be of service.
Think of this and act.”

“Courage is not the towering oak that sees storms come and go;
it is the fragile blossom that opens in the snow.”

“Count your age by friends not years, and count your life by smiles, not tears.”

“It is pleasant to have been to a place the way a river went.”

Okay, that’s all I’ve got. It’s better than I’d hoped, for I managed to keep from pounding my keyboard into dust. The effort did cost me a lot, as I found myself having to restrain my homicidal, or, in this case, felinicidal impulses, so as to remember where all the keys were. But, it’s done, so, rather than dwell upon the past, I’ll go post it, & hope for the best. I hope your day starts better than did mine; perhaps the music, and the poetry, or maybe the pearls will help in that. If so, I am content, & I think that’s the best I can hope for today. Since that’s so, I’m outta here, before it all falls down… See ya, ffolkes… be well & stay alert….

4 thoughts on “Softly altering the edges of reality….”