“To make your children capable of honesty is the beginning of education.” 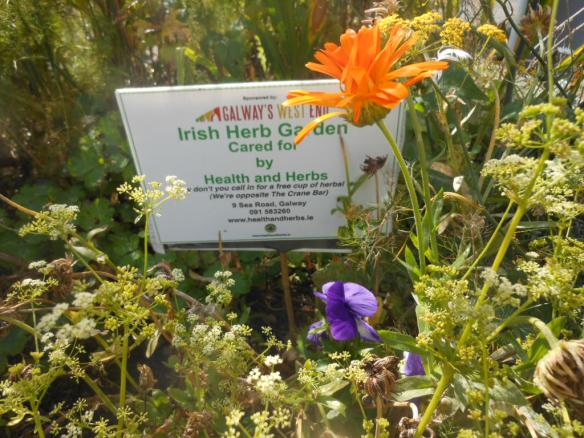 It is in the shelter of each other that people live.

Hajime…. El Niño has come to California, bringing copious amounts of rain, sufficient to pound the windows hard enough to wake the dead; since I’m not quite there, it woke me, too. Nice to hear, actually, as we are, rain notwithstanding, deep into a serious drought in this neck of the North American woods. While welcome, the rain, as usual, will be trumpeted as disaster in the making, and people will wander around to their work and play, as if they’d never had to deal with rain in their lives….. Every time an event of almost any nature, whether caused by man, society, or nature, it seems to come as a complete surprise to everyone who is, shall we be nice, and say, less than perfectly mindful?….

‘S okay; hearing the crap people say about the weather, at my age, is no longer a surprise, so much as it is more proof of the pudding which society has been cooking for far too long. Stupidity is not merely the province of the average, or less than average person, any longer. The condition, and attitudes, of our entire culture is imbued with stupid; at every level of society, from the poorest, to the wealthiest, there is so little intelligence evident in what is said, what is done, and, in the end, what we have become, it saddens  and frightens me, for there is only ONE end to that journey, and it isn’t called Utopia…. Most of the folks (note spelling) on this planet will call it Hell on Earth….

We’re not far off from that, now, today. There is still some small hope that rationality can win the day, but, the chances of that are growing slimmer with each new birth, on a planet already bursting at the seams from the depredations which follow such a degree of over-crowding….. There is, simply, not enough resources available on the whole planet to continue to feed and succor this many people. The mathematics of that has been known, and proved, since the middle of the nineteenth century, and there has been no disproof found which could cause any hope it might be wrong. We are all going to be put into the fire, and, how many will come out the other side is unclear; it is entirely possible there will not be ANY survivors, and we will join the dinosaurs, and the Dodo, in eternity’s club of failed experiments….

There, I think that’s depressing enough for one day…. I finished this Pearl yesterday, & after the mini-rant with which we started, I think we’ll just get this done, and try to throw off the cloud with what is below…. It can’t be any worse than this, right? Right…. Let do this, before I lose my nerve….

Image from forumspain.net via Google Images

Upon seeing/hearing yesterday’s classic music, one of our commenters reminded me of this album, from another three greats, back in our day…. If you haven’t heard it, you’re in for a treat…. This one’s for chuq…. Enjoy, ffolkes…. gaironteed (think Cajun accent… l’Acadian, oui, cheri?….)

SIGH…. Sometimes, the internet can make us feel foolish and small, in the face of so much data to process and apprehend. Yesterday I received, from a friend, via email, the link to the post you see above, just below the manifesto.  The picture, with its text, was above the article, which mentioned that the above statement was already viewed by AT LEAST 50,000,000  people, at the website of the company whose ad department created it to sell clothing…. Fifty million people, and I never knew it existed…. Goes to show how easily we can miss what may be important to us, merely from a lack of time, or, serendipity….

That said, who can argue with any of it? It speaks to everyone, no matter where they are on their Life Journey, with advice to help us smooth our way, and enjoy the journey itself. Ironic that such a complete statement of what it means to be Human should come from the minds of people trying to improve their bottom line…. Very ironic, in my mind….

So much so, this is it, for today. The poster, and link, above says plenty, for a rant, or for a pearl of any length, and will do for this section of today’s post, as well…. 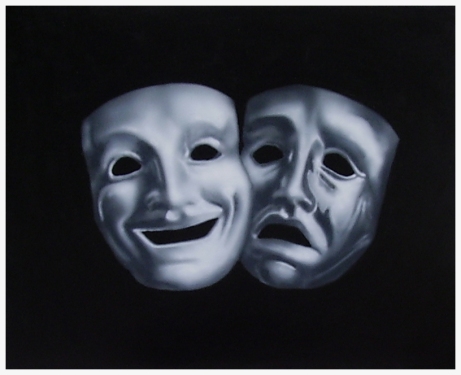 Until I knew there was more,
I wanted to know God.
They said he was a nice guy,
and would let me live forever.

All I had to do, they said,
was live my life for Him,
always living by scripture
cleaving only to his Way.

But, everyone I saw in church,
acted different at home.
Living wild, cussin’ and fussin’,
nobody lived like they said.

Still, I tried to be like Jesus,
he was sort of cool.
He never hurt nobody
and walked on the right path.

‘Course they killed him for that,
they couldn’t stand his example.
Turned him into a martyr,
hid his real words among their own.

Then I found the Buddha,
and met Lao Tzu at the gate.
They saw things real different,
showed me how to see straight.

Brother John said it pretty well,
“Imagine there’s no heaven,
it’s easy if you try.”
Sounds like he knew why.

Day to day, life is grand,
we walk in eternal beauty.
Open your eyes and hearts,
find yourself already immortal.

Unblemish’d let me live, or die unknown;
O grant an honest fame, or grant me none!

“Reading is thinking with someone else’s head instead of your own.”

“I regret that I cannot do my duty as a true modern,
by cursing everybody who made me whatever I am.”

“For the Snark was a Boojum, you see.”

“You don’t fuck around with the infinite.”

He sees that this great roundabout
The world, with all its motley rout,
Church, army, physic, law,
Its customs and its businesses,
Is no concern at all of his,
And says–what says he?–Caw.

~~ The Jackdaw, (Translation from Vincent Bourne) ~~

Well, there you go. It ain’t Ibsen, but it’s the best I’ve got today. I’ll go now, & leave y’all to your own devices, with, hopefully, a bit more comfort & joy than what was present when you began reading today’s mess. I’ll make no apologies for any of it; I will say I hope you enjoyed it, or, it pissed you off royally…. We shoot for both ends of the scale around here. Tomorrow, we’ll try again, so, fair warning, eh? See y’all then, if my house doesn’t float into the Bay….