Ffolkes,
Oh, joy…..0245 AM, and depression strikes. Wide awake, in pain and anguish, and hating every moment. Well, I guess that first sip of coffee wasn’t so bad….. but it sure would be nice to be able to sleep without interruption…. I can see how this would tend to wear one’s defenses down after a while, so it’s a good thing, I suppose, that I’m not the suicidal sort…. Too selfish & cowardly for me, thanks anyway….

I know why I’m up now…. My patience took a big hit yesterday, when I found an email from my lawyer in my inbox, informing me that SS is sending me to yet another medical exam, and getting X-rays of my back…. like they don’t have any already. This, of course, promises to add another 12 weeks, minimum, to the time before a decision is made. They KNOW that I have PTSD, but they insist on dragging this whole thing out, making it worse every day. I’m nearly at a point where I will have to assume enemy action (1st time, happenstance; 2nd time, coincidence; 3rd time, enemy action….), and take countermeasures….. which NOBODY will enjoy….

Was that a vague enough threat? I’d never really hurt anyone, you know, not deliberately. I say such things for the release, and once said, the urge to commit homicidal acts is generally dissipated. It’s a parallel effect to swearing, which, as we all know, can release a lot of tension merely by the expression of certain words in a forceful manner. But, in these days of paranoia over terrorists, one must walk a narrow line between release and offense….. and cops notoriously have no sense of humor…..

I’m not sure right now just what I’m going to do…. I mean, I know I have to wait again, because shooting at them won’t help. It might get them to move faster, but also might prejudice my case a bit (ya think?) if they figure out it’s me. I’m pretty frigging tired of pinching pennies to eat, and these psyche symptoms of my deeper anguish are getting a bit obtrusive. It’s tough to be out there, looking for love, with tears running down my face, and fear in my heart….. one can’t present a very attractive image in that state…. and who wants to kiss a mustache with snot all over it?

“Unknowingly, we plow the dust of stars, blown about us by the wind, and drink the universe in a glass of rain.” — Ihab Hassan

What a beautiful line! I wasn’t sure when I saved it last night just what kind of pearl it would make, but it creates such a beautiful image in the mind, I couldn’t resist. I suppose it makes a fine contrast to how I feel just now, and as such, can be used to demonstrate how our attitudes are under our control, if we but choose to assume it…..

I feel like shit, emotionally, for various reasons, and that is reflected in my attitude toward the day; I don’t want to face it. I’d like to be able to just turn it all off, and go visit a friend somewhere far away. But, being stuck here, waiting for relief from my financial limitations, keeps me on the edge of depression, as well as keeping me in place…. If only for the time it takes to read, and contemplate this line, beauty takes over, and my thoughts and attitude undergo a marked change for the better. All it takes is a reminder of what we always have as creatures of this reality, our potential for grace.

“Grace”. Interesting word, that…. I like what it implies, the feeling of being connected to the universe, and enjoying that tie for the joy it can bring. To live in grace means to act rightly, surrounding oneself with beauty, and increasing the joy in life by living it well, passionately, with compassion and humility. I can understand how religious folks would seek to receive such from the practice of their faith, though I can’t agree with them about exactly where grace comes from. They seem to believe that it is something given to them, when in reality, it is something they have to learn to give, and can only be found inside themselves.

“The supreme irony of life is hardly anyone ever gets out of it alive.” — Robert Heinlein

Perspective…. the proper perspective can be hard to find, and it is good when such can be provided for us by a simple phrase, like this one, and the first one, above. The first phrase tells us to remember there are two sides to life, and only one side is inherently painful. This quote, from the Grand Master, is a reminder to SEEK perspective, and is one nobody should ever lose track of, as it is universally applicable. One may, at least temporarily, find ways to avoid paying taxes, but there is no avoiding death…. none.

Mere contemplation of our own death is a sure way to gain perspective. It may not always be the most amenable, or comfortable perspective, but it is the most truthful that can be acquired, without exception. Nothing will ground us better than thinking about our own demise, as there is no room for anything but truth when dealing with the whole concept. Anything less than the truth just fails to compute….. Not the most comforting line of thought, unless one has learned not to fear death, but, who is ever very successful at that? I mean, that’s why there are so many different religions out there, all offering their own way of dealing with that fear…. they’re just not very good at it. Well, not very truthful, anyway….

I’m not sure whether I can truthfully classify this as a pearl. The criteria for that decision  are pretty loose, all in all, so it will fit in that respect. But, I do rather like to make some valid point, and this one doesn’t seem to have one I can find offhand. We humans spend a lot of our mental energy on stuff like this, which may be a clue as to the whole problem of the inability of so many of us to cope with reality without some kind of crutch, or without letting someone else do our thinking for us. That isn’t a danger for me, thank goodness, but most of humanity seems to fall into that pattern, and that, in itself, presents me with perspective issues, as mine differs radically from most everyone in the mainstream of society.

Oh, there are a lot more ffolkes such as myself out there; WordPress is proof enough of that. But, the major percentage of the population of this country generally prefers not to have to exercise their mental muscles any more than is absolutely necessary. Whether the inertial momentum that is built up by such a large percentage is amenable to adjustment remains to be seen, and all we can do is our best, to spread the virus of rational thought as far as we can….. “You’re our only hope, Obi-wan!”……

Here’s a treat… Two of the world’s best, ever, each with a link to the entire piece, for those with the time and inclination to absorb all of it….. Enjoy!

The Moving Finger writes; and having writ,
Moves on; nor all your Piety nor Wit
Shall lure it back to cancel half a Line,
Nor all your Tears wash out a Word of it.

A little learning is a dangerous thing;
Drink deep, or taste not the Pierian spring:
There shallow draughts intoxicate the brain,
And drinking largely sobers us again.

I’m feeling a bit muddled…. discombobulated…. fuzzy…. sluggish between the ears. I suppose it isn’t entirely surprising, given the time of night, or morning, whichever you prefer; either is accurate at 0425 AM. (Yes, I realize writing the time thus is oxymoronic, if not merely redundant…. some folks don’t comprehend military time, so I do it for clarity…. I’m just that kind of guy….) I’ve got pearls ready, chosen yesterday and saved for use whenever, so, of course, my brain isn’t capable of dealing with them adequately….. Now I’ll have to dive deeper, to find a pearl or two to augment this group, and bring some kind of form to this nebulous mass…. ‘Scuse me, I’ll be back….

In the words of Neville Longbottom, “That went well…” Two very fine additions to round out the first three, and we’re good to go; I couldn’t be prouder. I suppose if I had written these myself, I could feel a bit more so, but, I’ll just bask in the reflected glory, and be content, knowing I’ve done my part to decrease entropy at least a small bit……

“Knowledge is the antidote of fear.” — Emerson

“Any culture which in the interests of efficiency or in the name of some political or religious dogma, seeks to standardize the human individual commits an outrage against man’s biological nature.” — Charles A. Reich, THE GREENING OF AMERICA

“Of all the benefits that virtue confers upon us, the contempt of death is one of the greatest.” — Montaigne (1533-1592)

“Life without learning is death.” — Cicero

“Hypotheses are not to be multiplied without necessity.” — Occam’s Razor

Even after taking the time to edit, and proof, once, this Pearl is done, and it is still an hour and twenty minutes before the earliest I ever get up these days. Translated, that means it is now 0455 AM here in California, and even the classical music DJ is still on the night-time programming schedule. What to do now just became a critical issue, one I’ll have to go deal with personally, I suppose. Ah well, for such an out-of-sequence kind of deal, this didn’t turn out too badly, and it has that ineffable quality of “doneness” that I especially appreciate…. (No, “doneness” is NOT a word, according to Spell Checker…. what’s your point? You know what I meant…. and, since there is no such thing as a dumb question, don’t fret, no worries…. Besides, this is the end, so we can waste as much time as I want….)   Y’all take care out there, and May the Metaphorse be with you….. 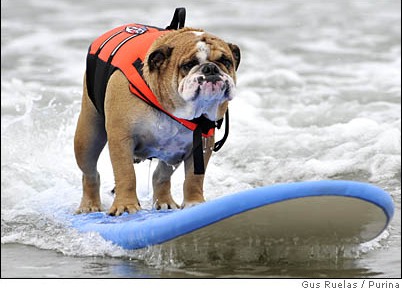 Ned Moore, aka gigoid, is a 70 year-old, (!!!… When did that happen?….), retired dilettante, who would rather read than eat, most days. His first blog, "gigoid’s folly", has been emailed out to folks he knows for about 18 years now. He still considers it his best defense against angst, and the ever-present specter of sheer insanity..... Due to rigorous curmudgeon training requirements, he has discontinued his Facebook presence, but still indulges in the occasional Twitter session... In essence, he's socialized, but, not overly sociable; all labels and stereotypes are forbidden in his presence... and he doesn't care what anyone thinks about that..... In fact, he doesn't want to talk anymore.... If you feel you MUST contact gigoid, his email address is: alphagigoid@gmail.com You can go read now.... Go on, beat it.... gigoid, the dubious

Music means something and art is right up there too